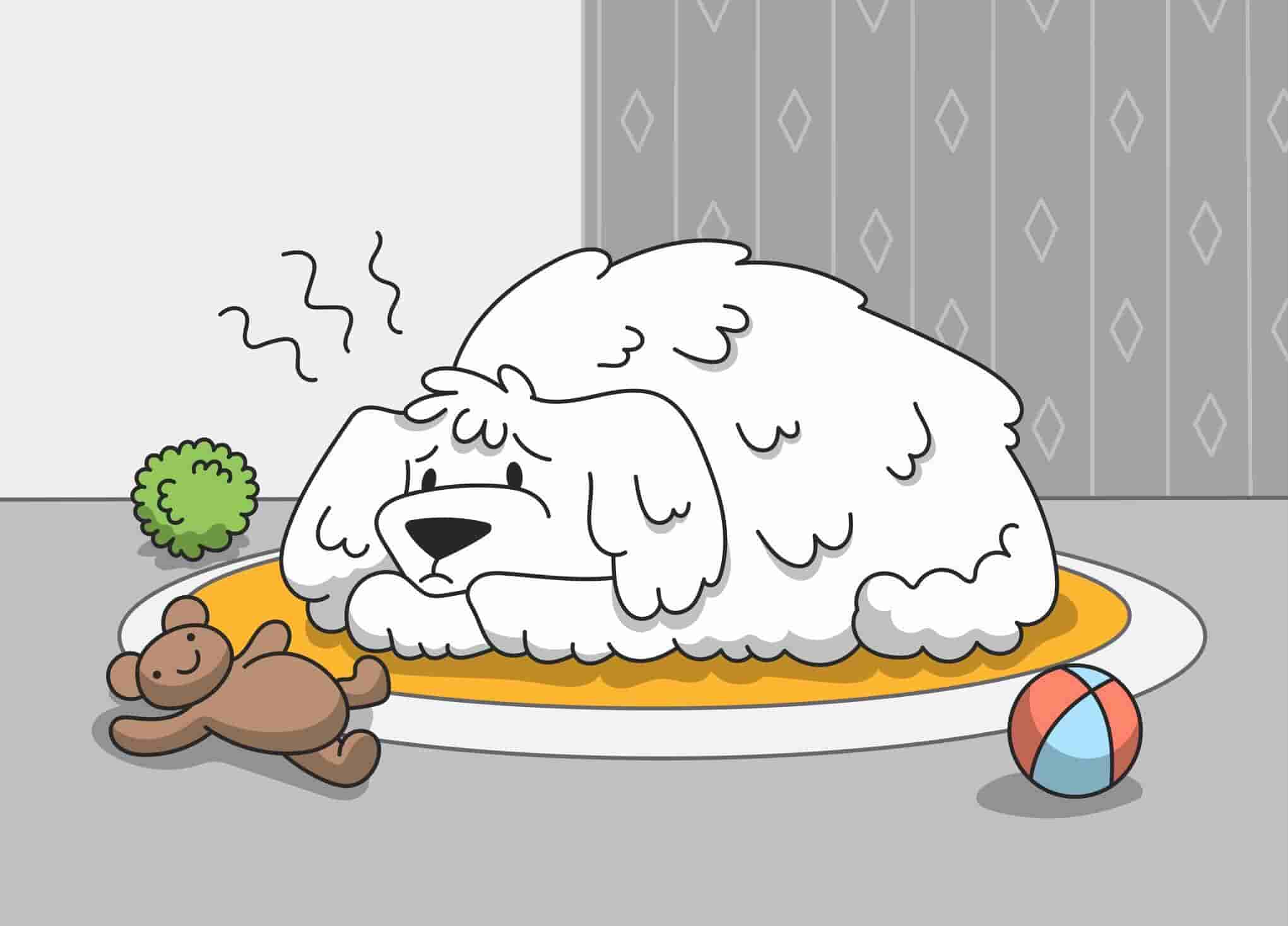 A Look Into The Possibility of Autism in Dogs: Can Dogs Be Autistic?

Autism, or Autism Spectrum Disorder (ASD), is a developmental condition in humans that covers a wide spectrum of social, behavioral, and communication challenges. Those in the autism spectrum have different ways of behaving, communicating, and interacting with others, and the experience and levels of autism vary from person to person.

Through the years, autism research in humans has become more advanced and in-depth. With this, more and more people are becoming aware of autism and how it affects individuals, as well as the different ways that autistic people relate with others.

Meanwhile, it makes one curious if developmental conditions such as ASD exist in other species as well. This leads to the question: Can animals have autism? Let us look at dogs for example. It has been observed that there are some dogs who behave in an unusual way, similar to the way autistic people do.

Pet parents who have experience with dogs behaving differently might ask — can dogs be autistic? Is autism in animal species possible? For now, the answer from experts is: Maybe. 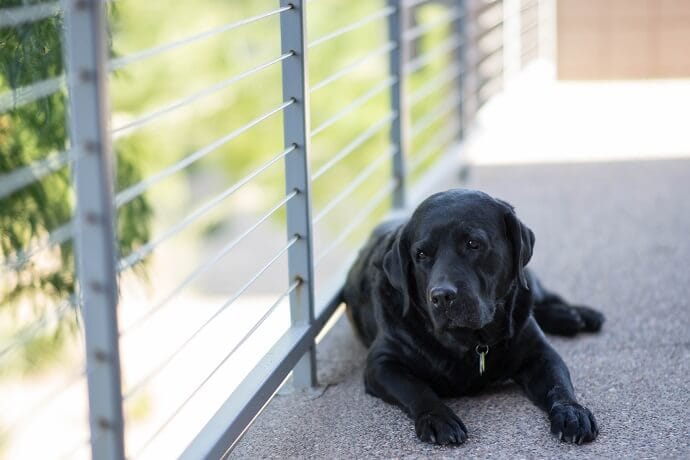 What Does the Research Say?

It was in the 1960s when veterinarians started discussing the presence of autism-like symptoms in dogs.

A more recent development was when a leading animal behaviorist named Dr. Nicholas Dodman presented a study at the 2015 American College of Veterinary Behaviorists, reporting their group’s investigation on tail-chasing behavior in Bull Terriers as a possible link to autism.

In the study, 333 English Bull Terriers (145 of which chased their tails, while the 188 were non-tail-chasing) were observed. The findings have shown that tail-chasing was more prevalent in male dogs, and was characterized by trance-like as well as episodic aggressive and explosive behavior.

The above study shows us the likelihood of tail-chasing to represent a form of autism in dogs. While the results may not be conclusive yet as to diagnose autism per se, it is a big development in neurological studies and understanding the possibility of autism in dogs.

In veterinary medicine, symptoms similar to autism in humans are referred to as canine dysfunctional behavior.

Difficulty in Diagnosing Autism in Animals

If your dog behaves differently than most dogs, you might have wondered: Is autism in animals something that can be diagnosed?

First of all, it is important to understand that because there is only a limited amount of scientific research and studies done regarding the link between dogs and autism at present, it is not enough to diagnose dogs of having the condition. Further research is, therefore, necessary to be able to understand and confirm whether individual dogs may indeed be autistic.

One reason for the difficulty in diagnosing autism in dogs is that some signs of autism may also be present in other conditions such as anxiety disorders or hyperkinesis.

Another main reason is that we humans have a limited understanding of what behaviors should be considered as typical and atypical in dogs since we are of different species.

Moreover, there is an autism spectrum in humans, while there is no existing spectrum yet when it comes to canine dysfunctional behavior. Because of this, veterinarians only depend on particular cues in behavior and compare these with what is considered normal dog behavior.

Causes of Autism in Dogs

Here’s what we know about the causes of canine dysfunctional behavior:

It’s an idiopathic condition, meaning the cause is unknown. What is known is that it’s congenital, so dogs are born with it.

Studies also show that dogs with canine dysfunctional behavior have a lower count of mirror neurons which are believed to guide dogs in learning social skills.

Mirror neurons are named as such because these neurons help pups copy or “mirror” how other dogs behave socially. If a dog lacks these neurons, she may have a hard time developing social skills.

In more recent studies, it was found that puppies have a higher probability of canine dysfunctional behavior or canine autism if their parents have been exposed to harmful chemicals. 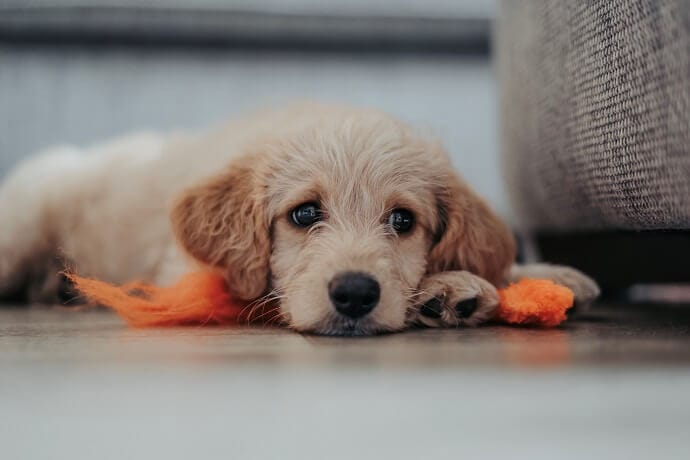 Possible Signs of Autism in Dogs

Below are some symptoms of canine dysfunctional behavior. Do note, however, that these may only be applicable when your dog’s veterinarian has ruled out other behavioral and medical conditions.

It’s normal for dogs to communicate how they feel. For example, most dogs wag their tails to express their excitement and joy. When they are afraid, they may lick their noses and have low ears. On the other hand, dogs who possess canine dysfunctional behavior may not be able to express how they feel the way other dogs do. Instead, they may exhibit trance-like behaviors or avoid eye contact.

Another symptom in dogs with canine dysfunctional behavior is repetitive movements and actions such as circling around the room, chasing their tails for a long time, obsessive chewing or teeth grinding, lining up objects, among others.

Another possible sign of dog autism is being extremely sensitive to whatever stimuli. For example, sudden noises might make them extremely rattled or mad. A gentle pat on their shoulder may cause them to react with aggression or fear.

Dogs that may be autistic tend to avoid activities that require much energy. They often prefer to stay in a comfortable and familiar place where they can be themselves rather than interacting and playing with other dogs, especially those that they are not familiar with. This can be one of the signs that your dog is autistic.

If you feel that your dog may be autistic, supporting them as a paw parent will go a long way.

The first thing that you can do is to consult with your dog’s veterinarian. Together, it is best to try to find out what triggers their seemingly atypical behavior and steer clear from these triggers.

Here are some recommended treatments for dogs who may be autistic:

Providing a safe space for your dog is essential to help lessen their fearful tendencies. If your dog might be autistic, offering a dog bed or kennel may help them feel safe and secure especially when there are other people or dogs around.

For instance, if your pup seems anxious and nervous when walking in busy and crowded places, try to avoid going to places like these so as not to overwhelm your dog. Instead, you can go to gardens or nature trails with fewer people for a more peaceful atmosphere. If your dog is a homebody, spending time with them in the comforts of your home will make them feel safe and at ease.

Avoid other stressful situations that might trigger your dog as well. If, for example, they don’t like to be hugged or smothered, respect that. Remember that there are other ways to express your love without making it uncomfortable or stressful for your dog.

Regular and consistent exercise can greatly help in reducing stress and anxiety. This can also help distract your dog from compulsive behaviors. Note that it doesn’t have to be strenuous especially if your dog prefers the indoors. Depending on your dog’s preferences, short walks or simple exercise may suffice.

Providing your dog with a well-balanced diet that is rich in vitamins and nutrients is not only beneficial for their physical health. What they eat also affects their mental wellness. It is therefore recommended to consult with your veterinarian to determine the appropriate diet that would help address your dog’s specific needs.

Consider dog trainers or behavioral therapists who practice positive reinforcement. A trainer who has experience dealing with dogs who have canine dysfunction behavior may prove beneficial in addressing your dog’s atypical behavior.

Most importantly, it is essential for you to create an environment where your dog feels loved, accepted, and supported in an all-inclusive way.

Lethargy in Dogs: What Is It & When Should You Worry? 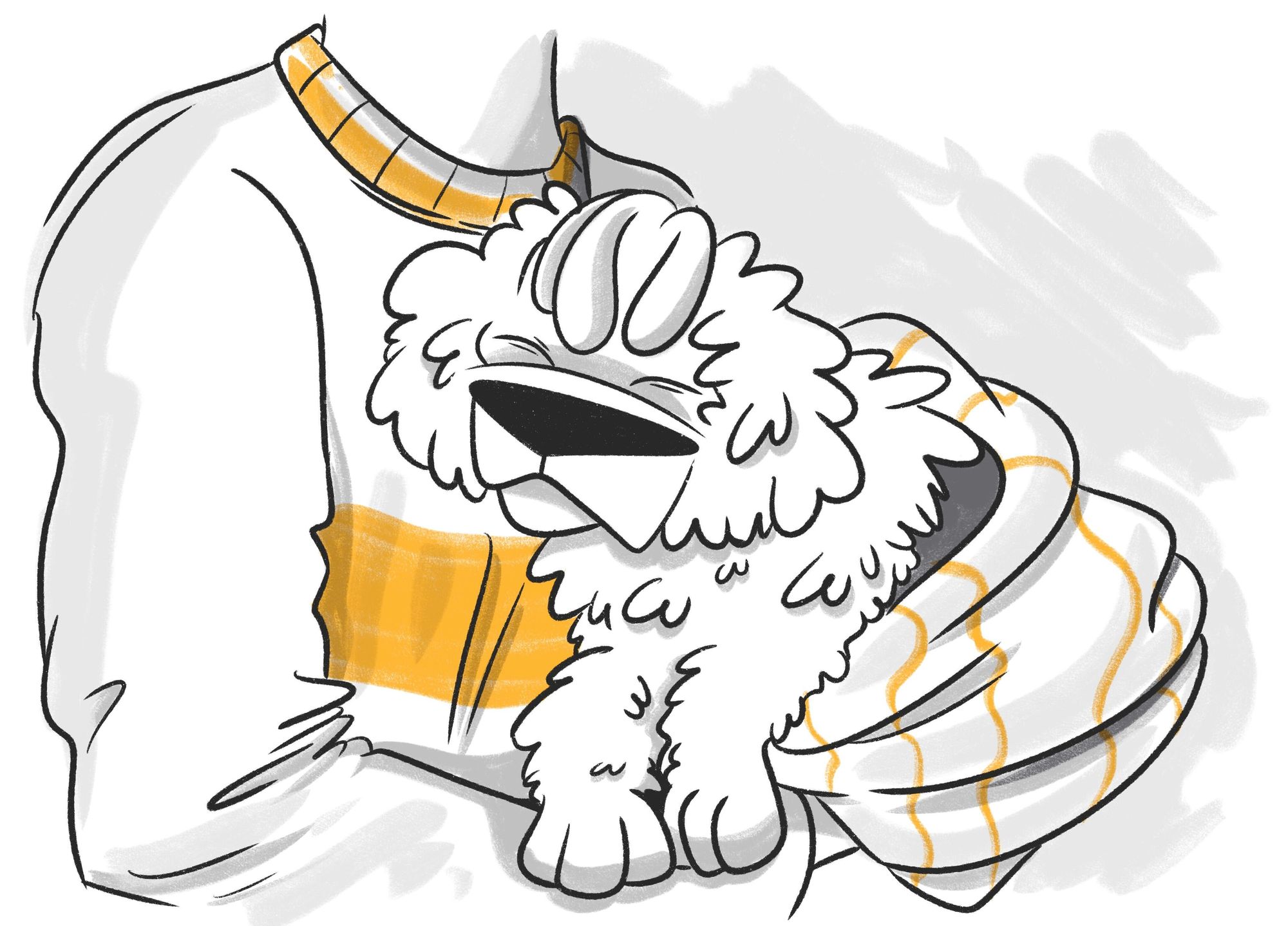 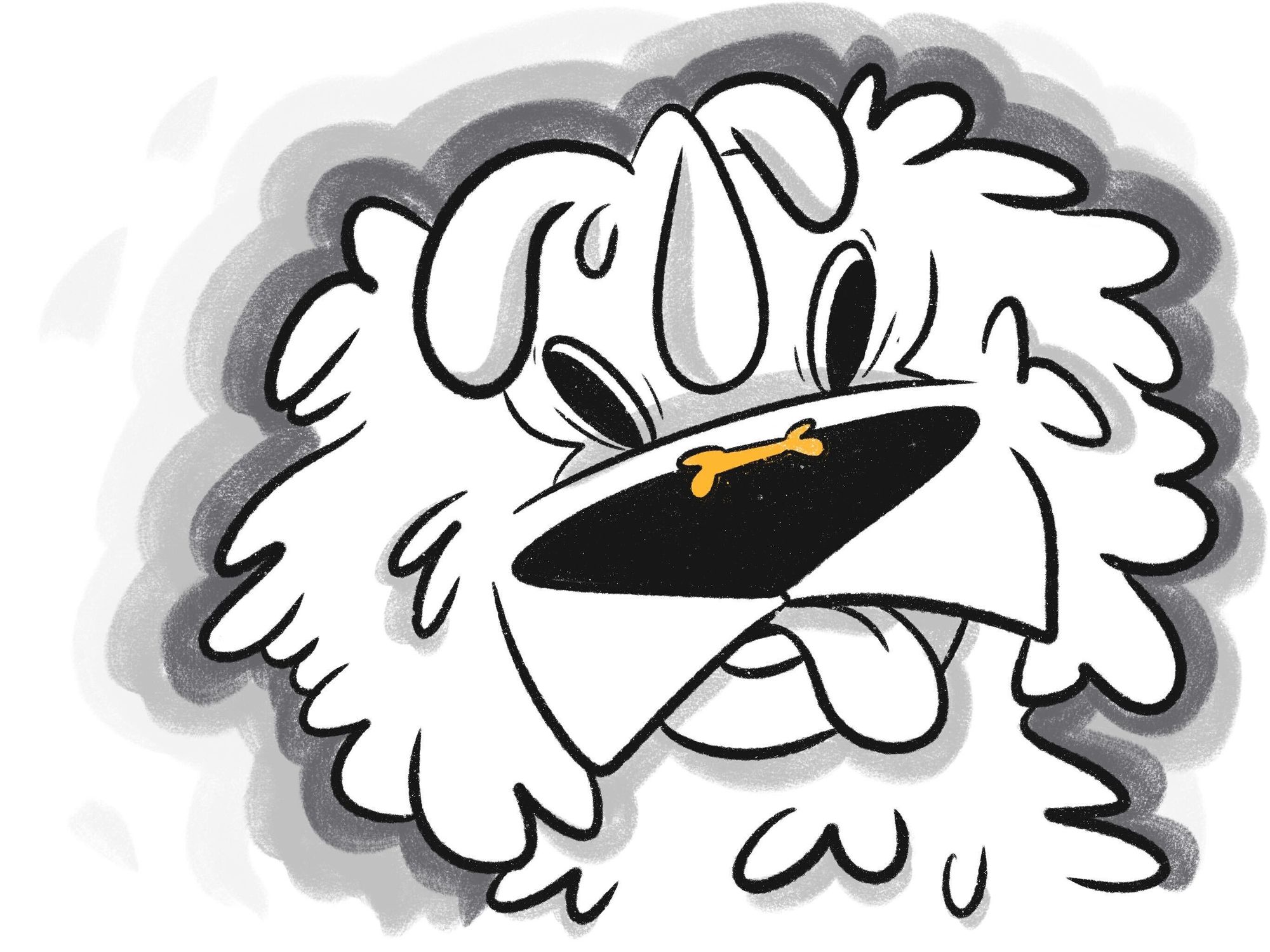 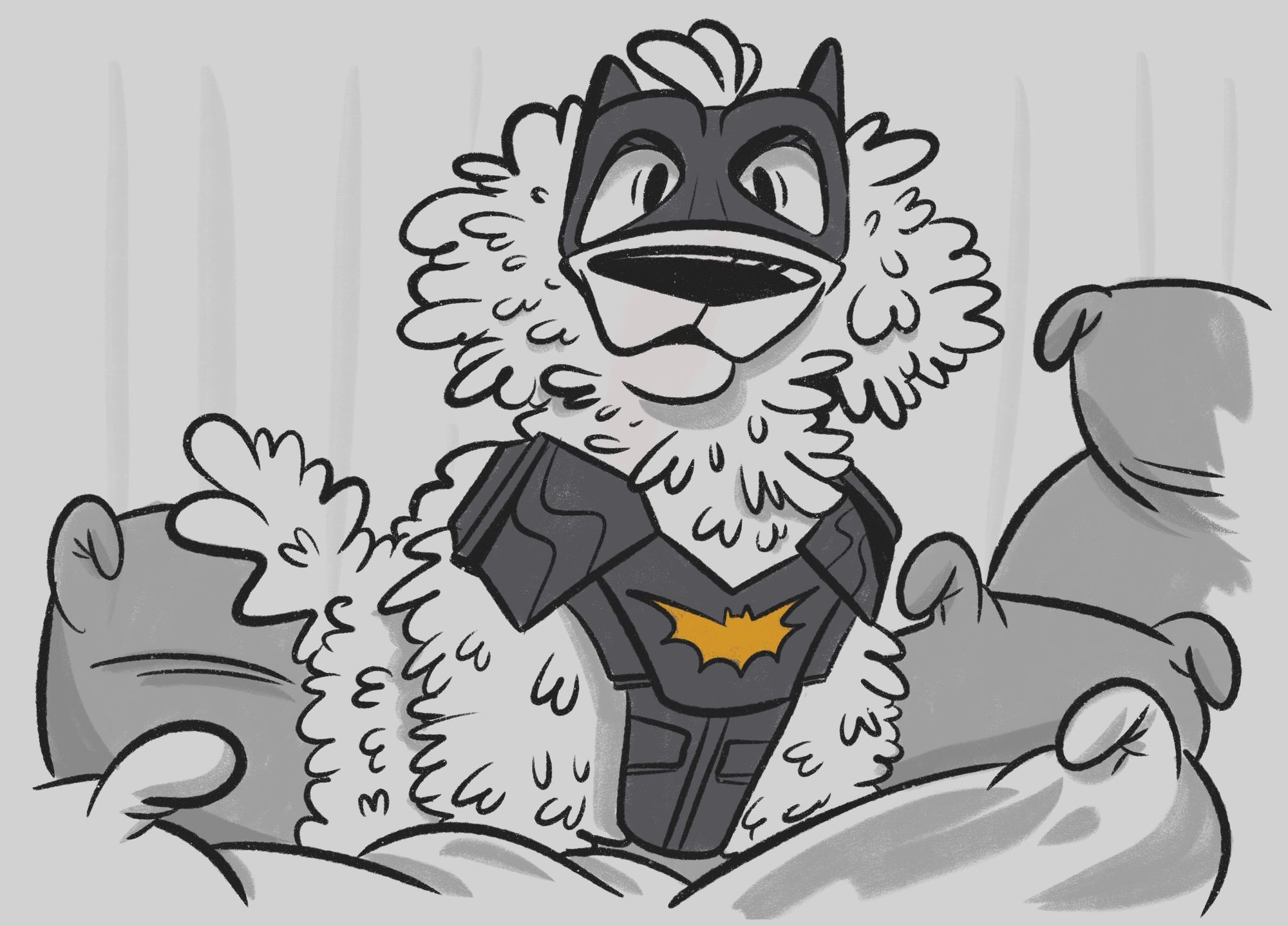 Why Do Dogs Eat Grass? Another Weird Dog Behavior Explained 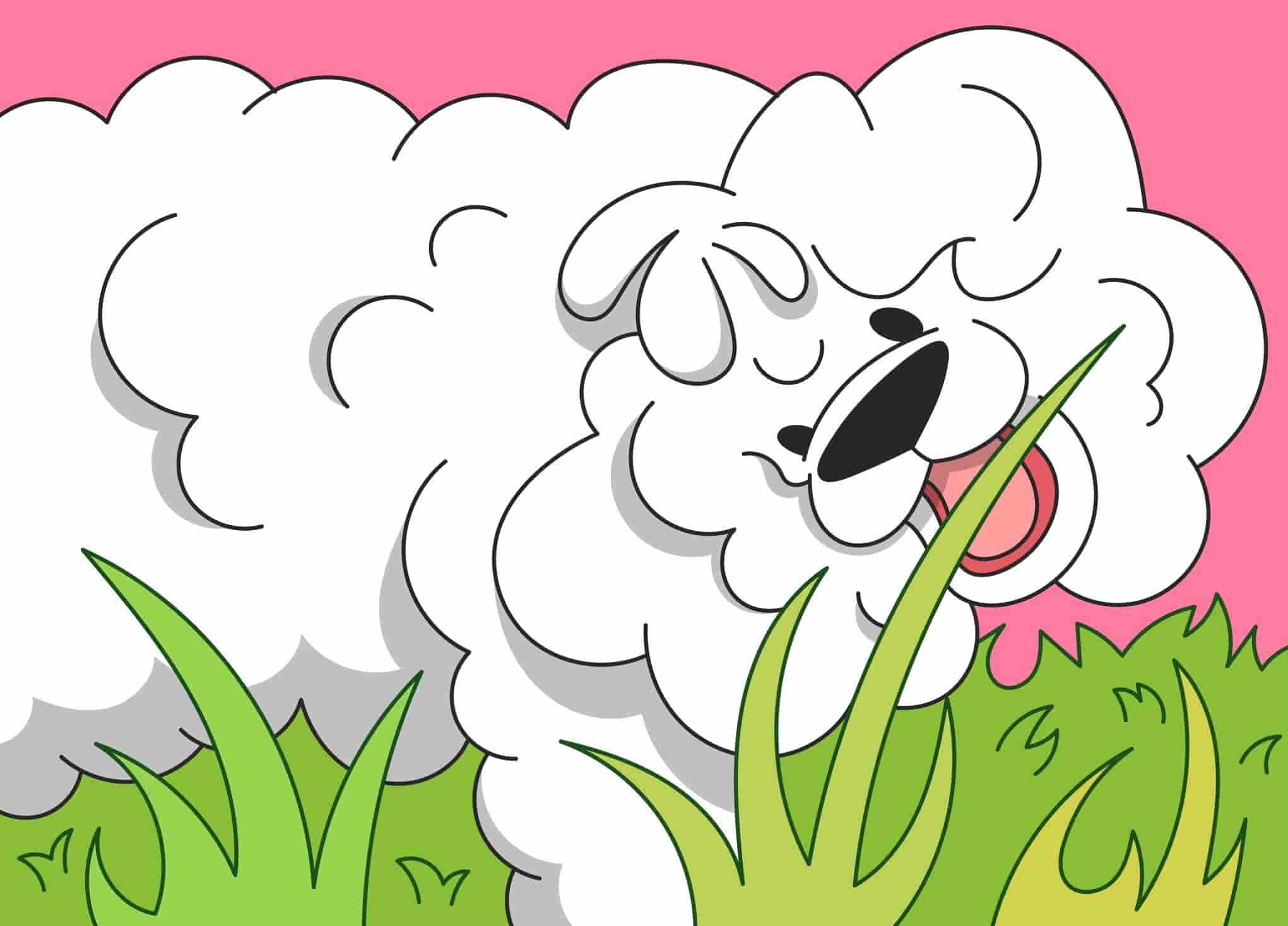 Why are Cats Afraid of Water? 4 Reasons Why Your Cat Hates it 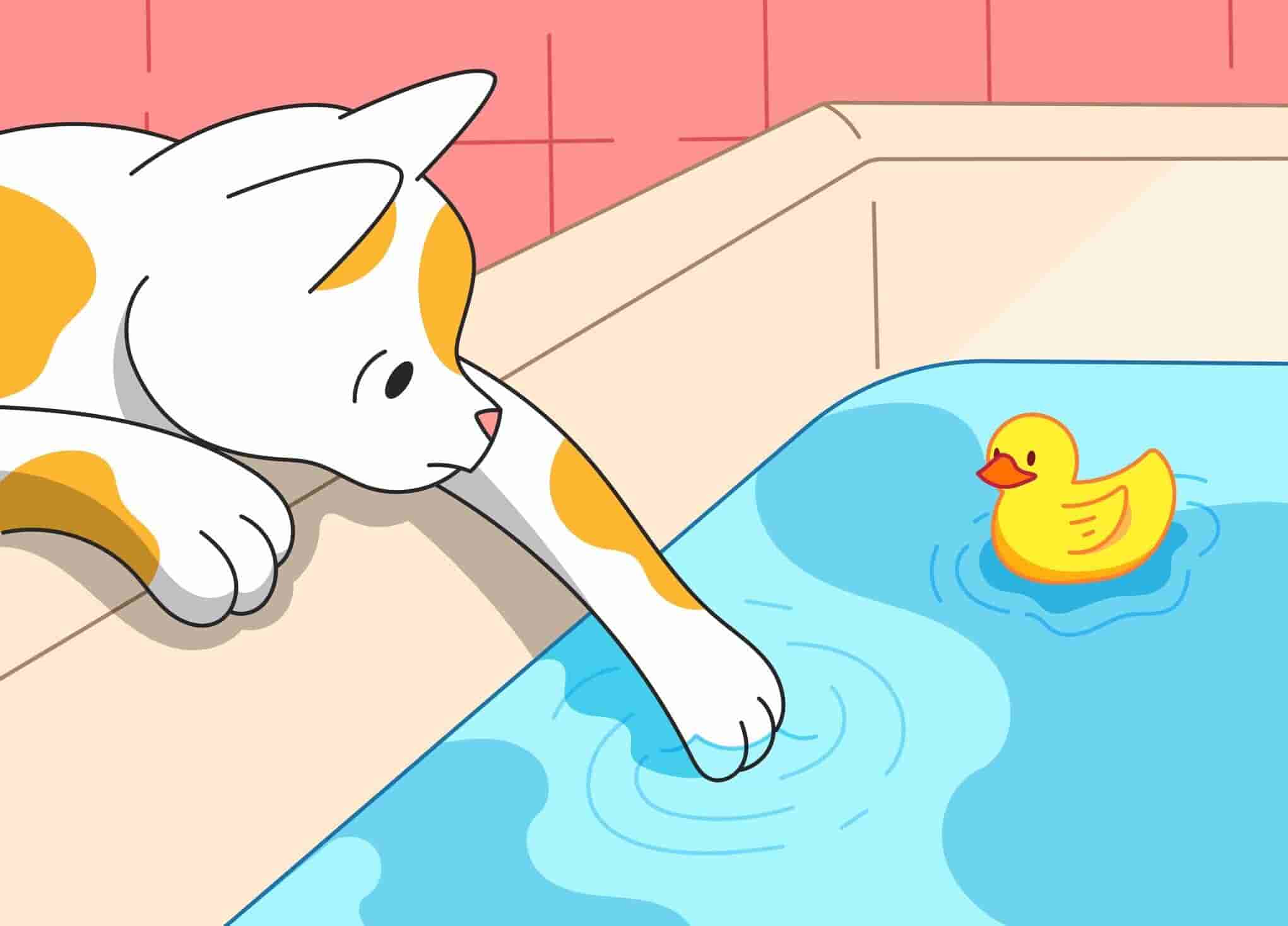