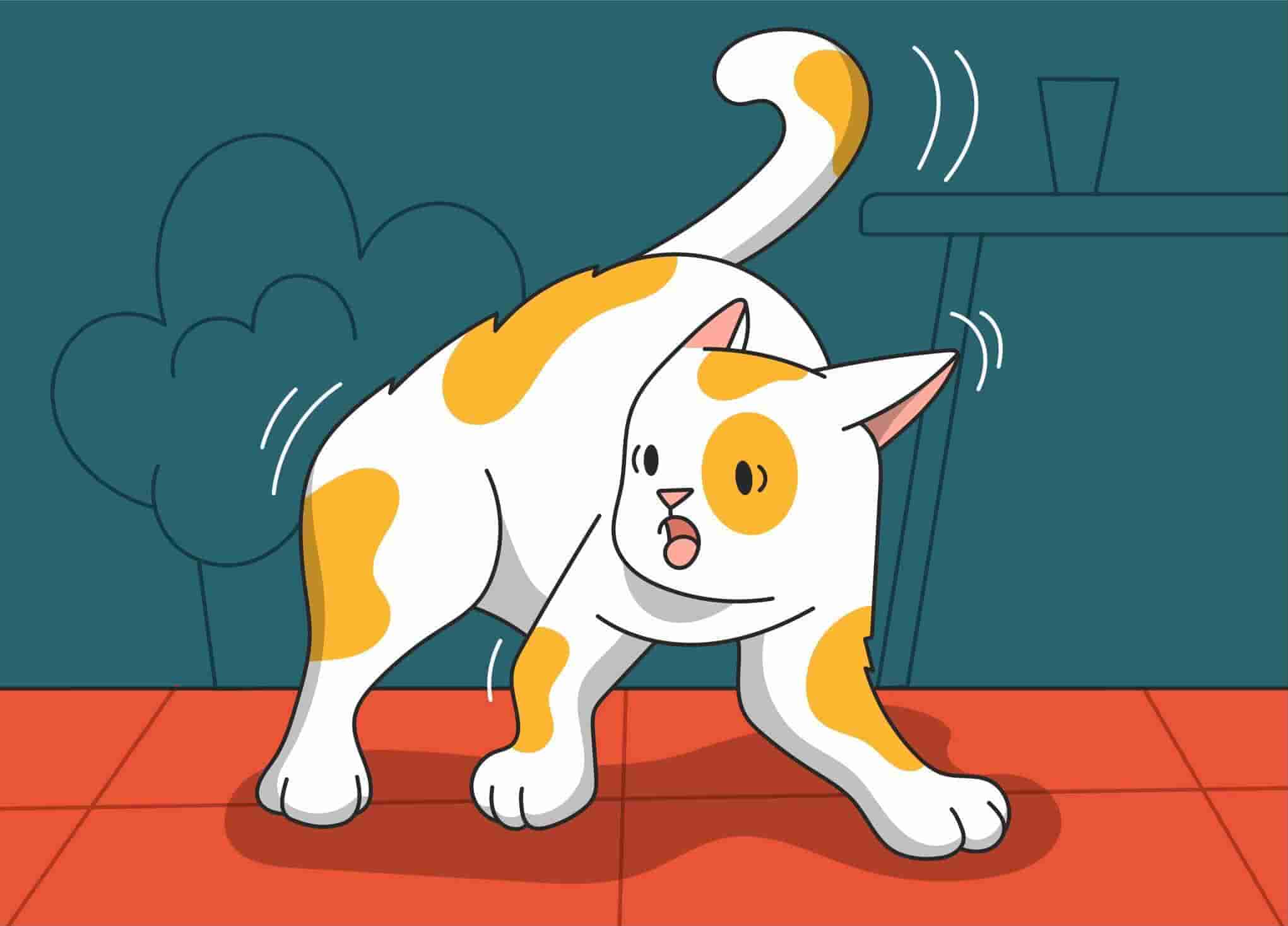 Skittish Kitty: How to Comfort a Scared Cat

a year ago by Claudia Smargiasso ∙ 6 min read

Nature can be cruel. Imagine you're a cat. You're the perfect killing machine, with stealth, agility, and speed on your side. Add to that a set of razor-sharp claws and some pretty powerful jaws. You're unstoppable!

…Except you're only about a foot tall and weigh, like, seven pounds. You're not bringing down any wildebeest any time soon. At best, you get to chase around a catnip stuffed mouse to vent your primal hunting instincts, or you can attack unsuspecting toes.

In fact, the world around you can seem pretty overwhelming. Your hearing, which is so finely tuned it can hear a mouse twitch, can be assaulted by the sounds of the everyday human world around you. Humans themselves are not always kind to animals, so you're never sure which human to trust.

Your survival instinct, which is perfectly primed for life in the wild, seems wildly inadequate in a fast-moving and unpredictable world of cars, roaring mechanical sounds, and giant humans.

It's tough out there when you're only knee-high to a toddler. 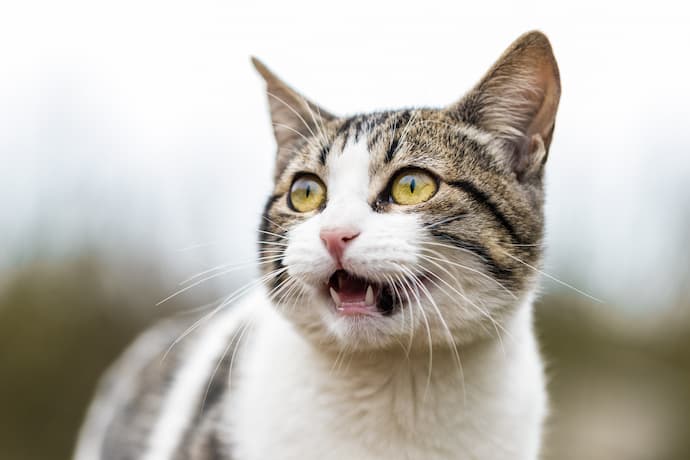 As if being so small and vulnerable weren't stressful enough, cats have very few ways to communicate their inner world to us. They are masters at being inscrutable, so the only real clues we have for how a cat's feeling is body language.
It can be tough to judge whether your cat is feeling afraid or vulnerable, so here are some handy signals to look for to help you better understand how your cat is feeling.

When a cat is feeling threatened or fearful, its instinct is to try to appear larger. This can manifest in an arched back, puffed-out fur, and standing sideways. This is usually seen in cats ready to fight or defend themselves.

However, when feeling vulnerable, anxious, or afraid, a cat will crouch down, often walking in a belly-to-the-floor way. This low position not only keeps a scared cat protected and makes them appear smaller but is a decent position to be in should they need to spring off.

A cat's tail is an excellent indicator of how the cat is feeling. A high tail is usually a sign of happiness and excitement, a low tail that is tucked indicates that your cat is uneasy and fearful. If the tail is tucked between their legs, this shows that the cat is trying to appear as small as possible, indicating high stress or anxiety.

Another way to determine a cat's mood is to look at its ears. Forward-facing ears show a calm interest and curiosity. Erect, high ears show alertness. But a scared cat's behavior is typical to flattening down their ears to the side.

A slow-blinking cat is showing affection and trust, and narrow pupils can indicate aggression. Dilated pupils in a cat can show fear or excitement. The pupils dilate to allow in as much light as possible so the cat can see any potential threats better.

A growling cat is giving you a warning and telling you to back off, but if your cat is feeling threatened, they are likely to hiss. Fearful cat vocalizations tend to escalate, starting from a growl, progressing to a hiss, and when neither of those has worked, an afraid cat will begin to yowl and shriek.

Purring is generally perceived as a sign of pleasure, but cats also purr when in pain or feeling unwell.

It's important to note that the above signals rarely appear in isolation and must always be interpreted in context. For example, a cat with large dilated pupils might just be very excited about something and very tuned in. But a cat with flattened ears, a tucked tail AND dilated pupils is more than likely very anxious or afraid.

In addition to the above, a cat suddenly scared of everything will run away and hide, and they are less likely to eat or drink and might exhibit aggressive behavior or groom excessively.

Why is my cat scared? 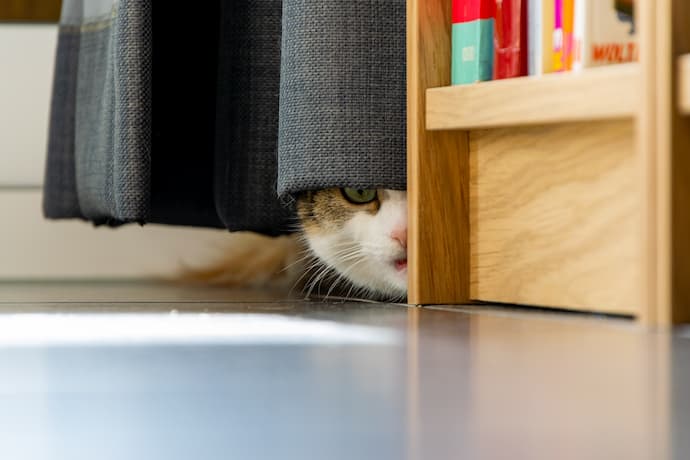 If you've brought home a new cat, it's expected that the cat will be scared. A new environment, new sounds and smells, loud noises, and strange people can all leave the kitty feeling very vulnerable.

Cat's who have been improperly socialized and have never lived with humans are often very skittish. The first few months of a kitten's life will determine their attitudes to humans for the rest of their lives. A cat that isn't raised around humans is likely to always regard them with some suspicion.

Rescue kittens are usually very fearful of new environments and humans and have often endured some kind of trauma or abuse previously.

It's also possible for a cat that is usually confident and calm to suddenly become fearful and avoidant. So, why is your cat scared all of a sudden? It is typically a result of one of these things:

How to calm a cat down

Being aware of your cat's emotions can help you to intervene and provide some comfort. However, soothing a frightened cat isn't always easy. So, how to calm a kitten or a cat down?

Cats don't respond well to feeling constricted or trapped at the best of times. Always allow them the space they need to feel unthreatened, but too much space can leave them more vulnerable in a new house.

Don't force your cat to leave a pace where they feel safe. Calmly lure or coax them out if you need your cat to move.

A new pet, a new family member, or a new home can all be very intimidating to your cat. If you're introducing a kitten to a cat and family members, do it slowly and in stages. When moving to a new home, allow your cat to feel comfortable in one room before giving them a full run of the new house. This new space can be a lot to handle all at once.

Make sure your cat has access to their litter box (preferably with the same litter as it then contains your cat's familiar scent markings and provides added comfort), food, and water, as well as items like blankets or beds and toys that smell familiar and can be comforting.

Try to create a positive environment or experience around the source of the fear. If your cat meets a new family member, establishing some playtime can help bond them and provide positive associations.

A scared kitten or a cat will try to get away. This can be dangerous if there's a busy road nearby or other animals in the neighborhood. Keep control of the area without making your cat feel hemmed in.

A frightened cat can benefit from calming treats for cats or a pheromone diffuser that can provide a calming and familiar scent to a new environment. Chat to your vet about which ones are best.

A behavioral treatment plan should be considered for cats with trauma that does not resolve easily. Contact your vet, who will be able to recommend a behaviorist in your area to help you.

Final thoughts on how to calm a cat

Cats are genetically primed to be on high alert to ensure their survival in the wild. With this superior hearing and their hair-trigger fight-or-flight response, cats can be skittish and fearful in our noisy and unpredictable modern world.

As with any concerns regarding the health and well-being of your cat, your first port of call should always be your vet. If your cat seems to suddenly become fearful and skittish, it could be a sign of illness. If you're looking for ways to calm your cat, your vet will be able to advise which calming treats and pheromone diffusers are likely to help your frightened cat. 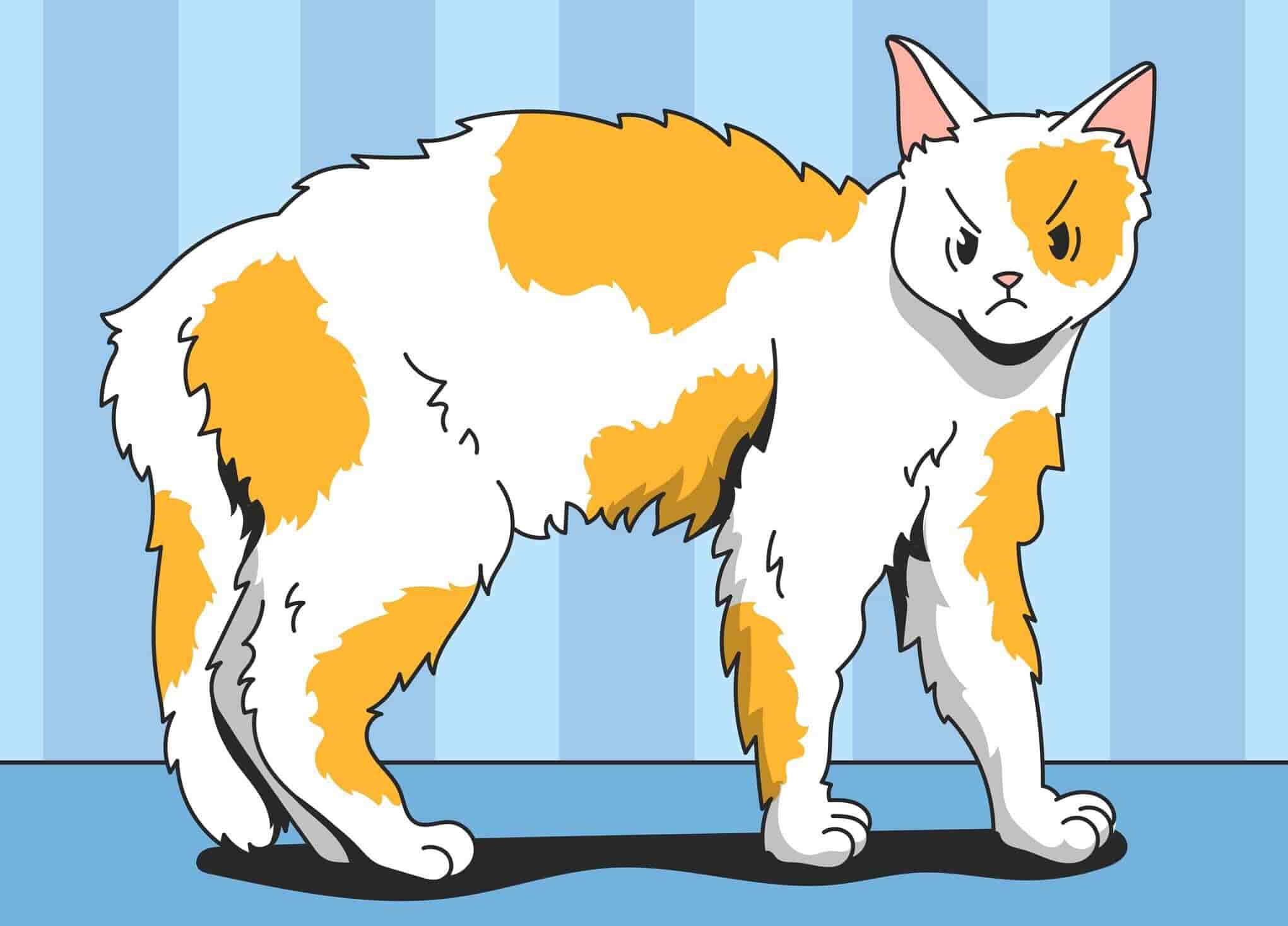 Cat Hair Loss: Why Is My Cat Losing Clumps Of Hair? 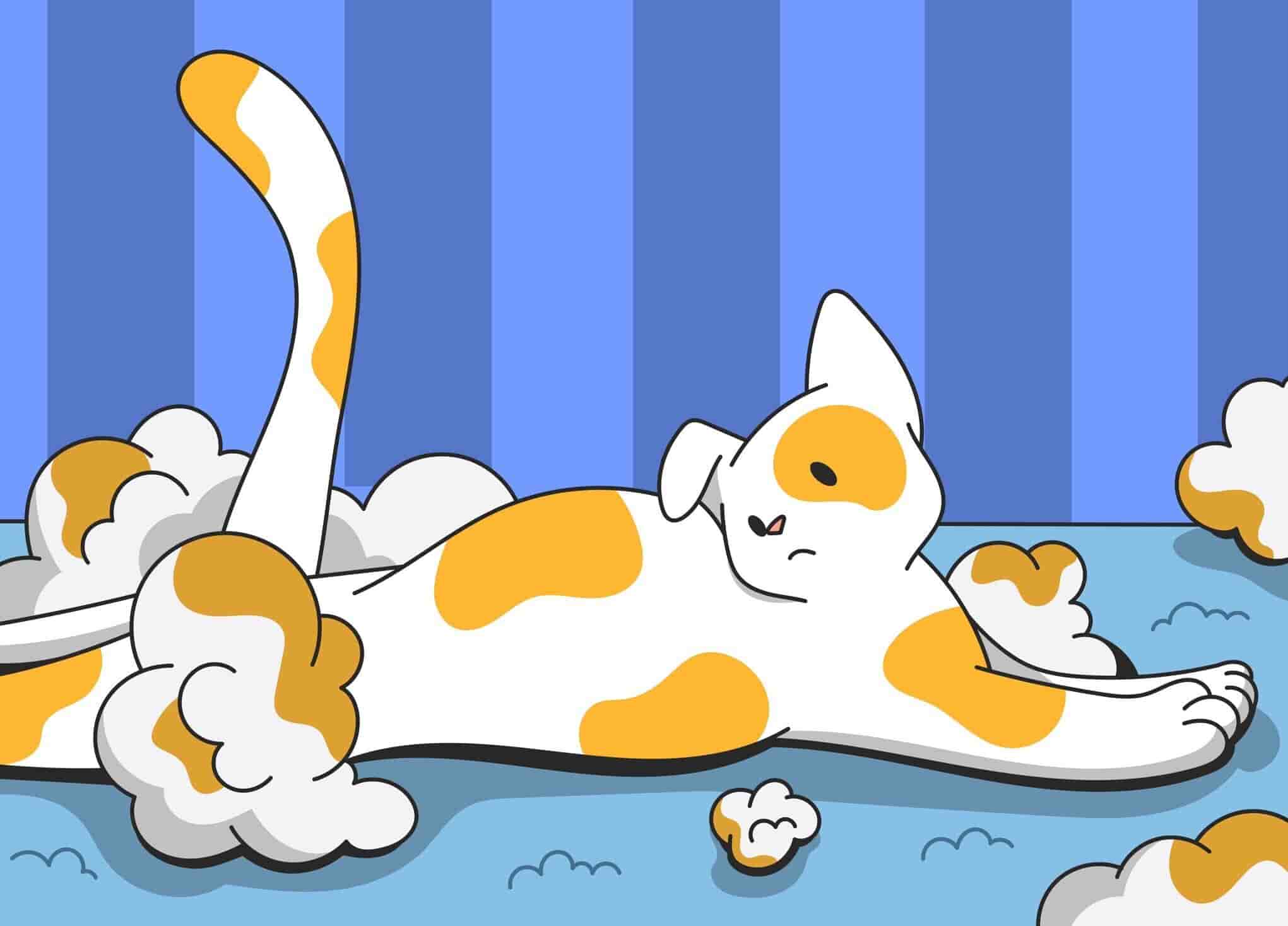 Bumps on Cats: Cat Lumps You Should Be Worried About 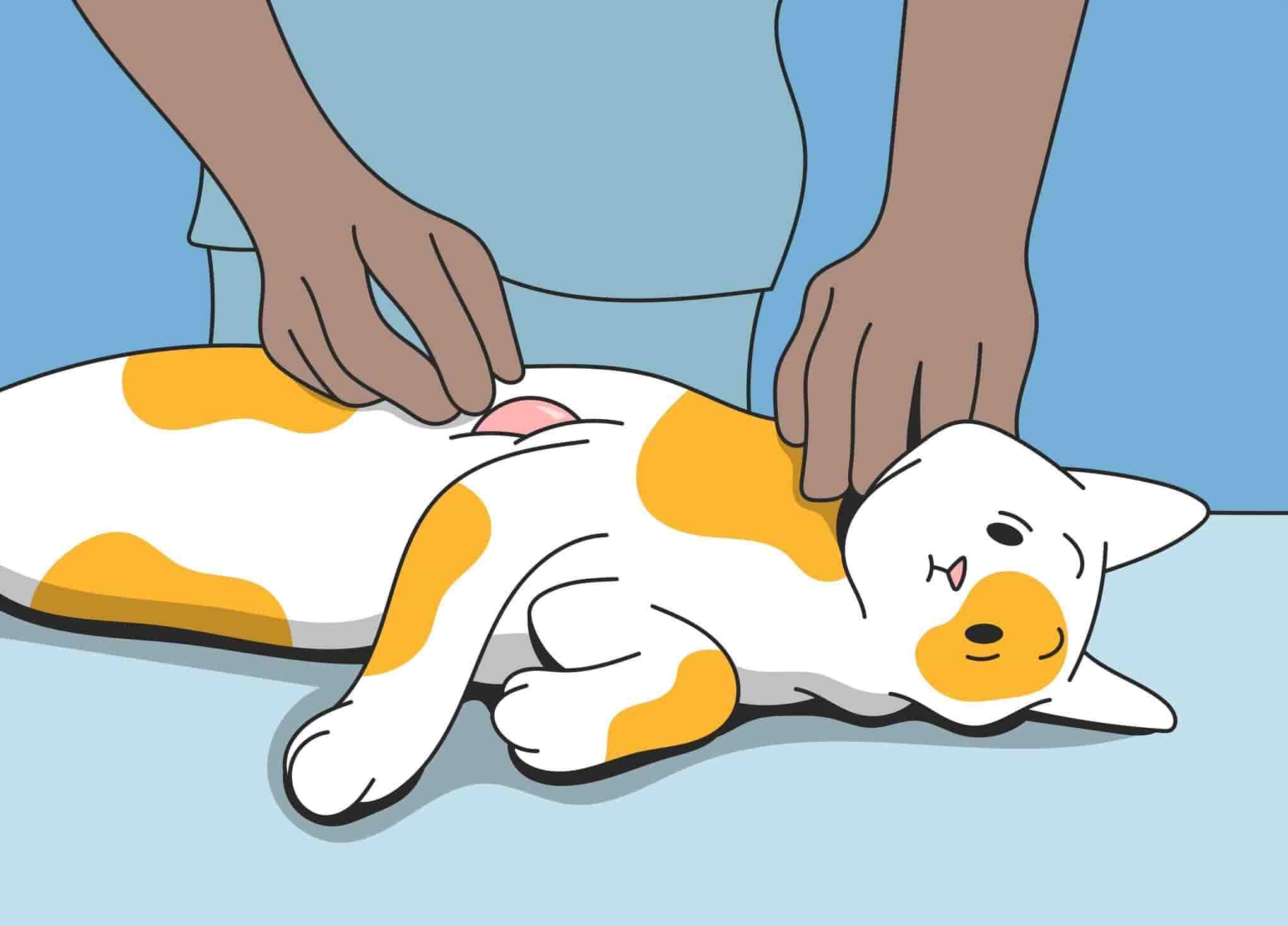 What To Do If Your Dog Gets Stung by a Bee 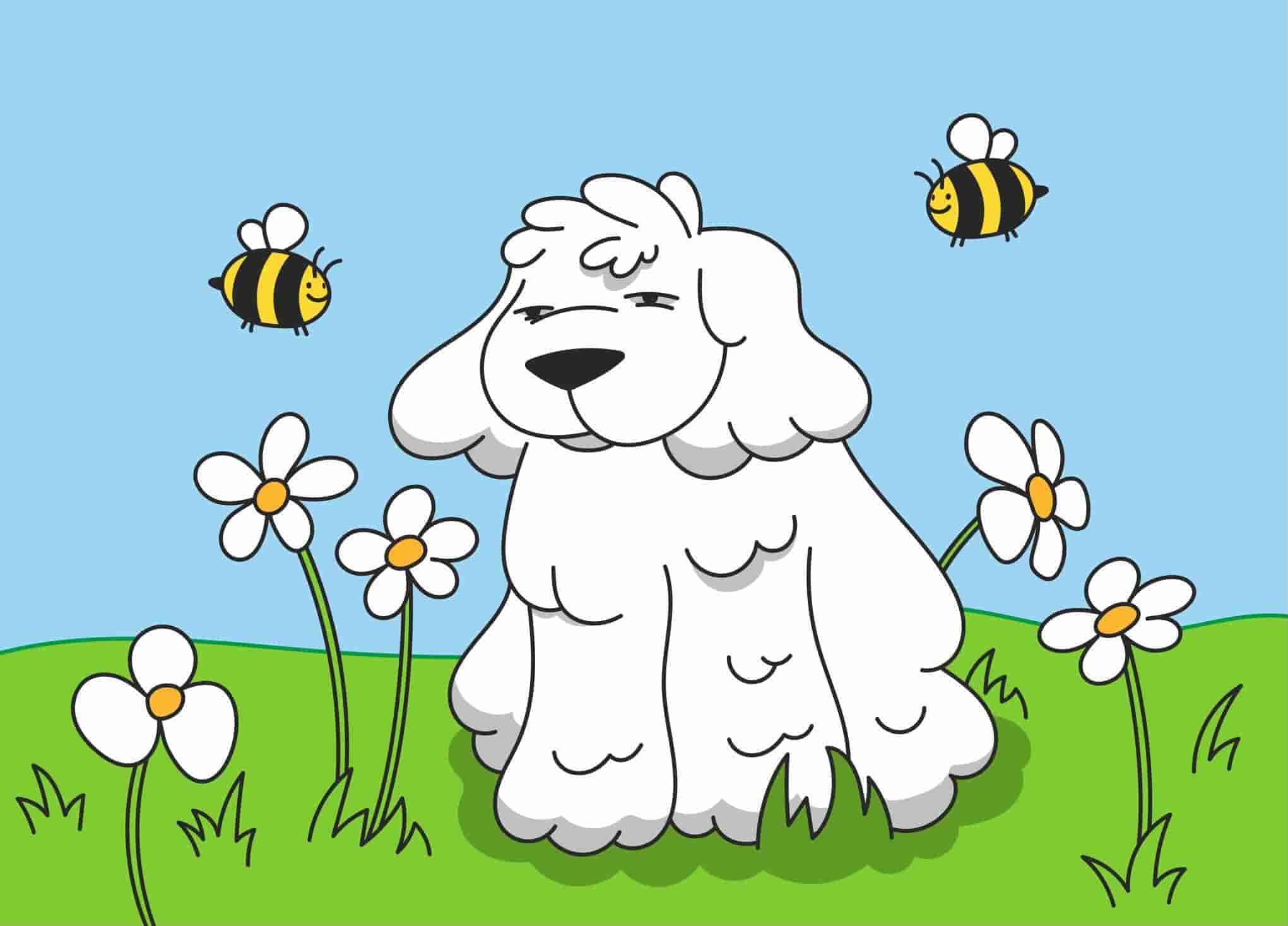 Potty Time: How to Litter Train a Kitten? 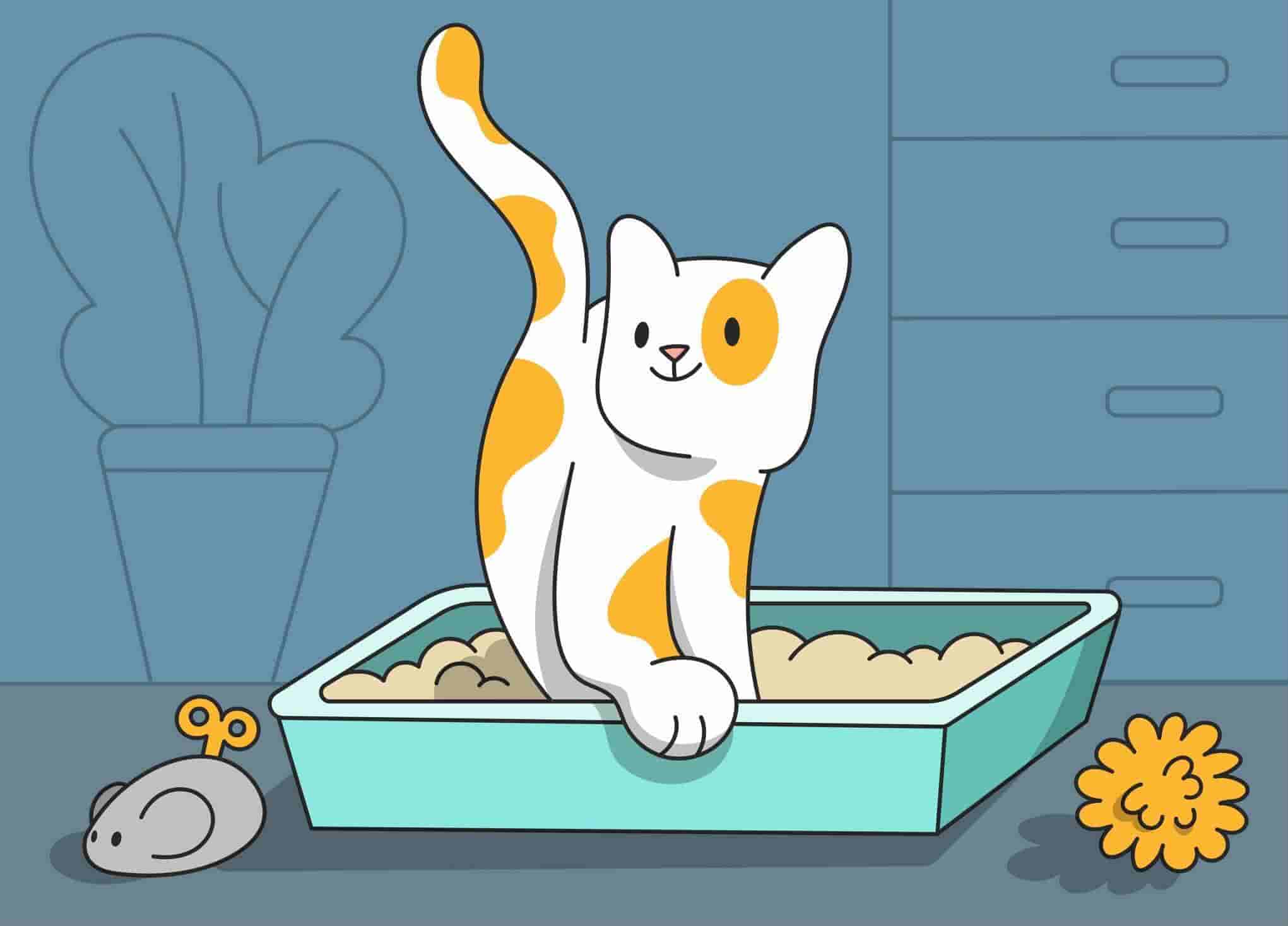