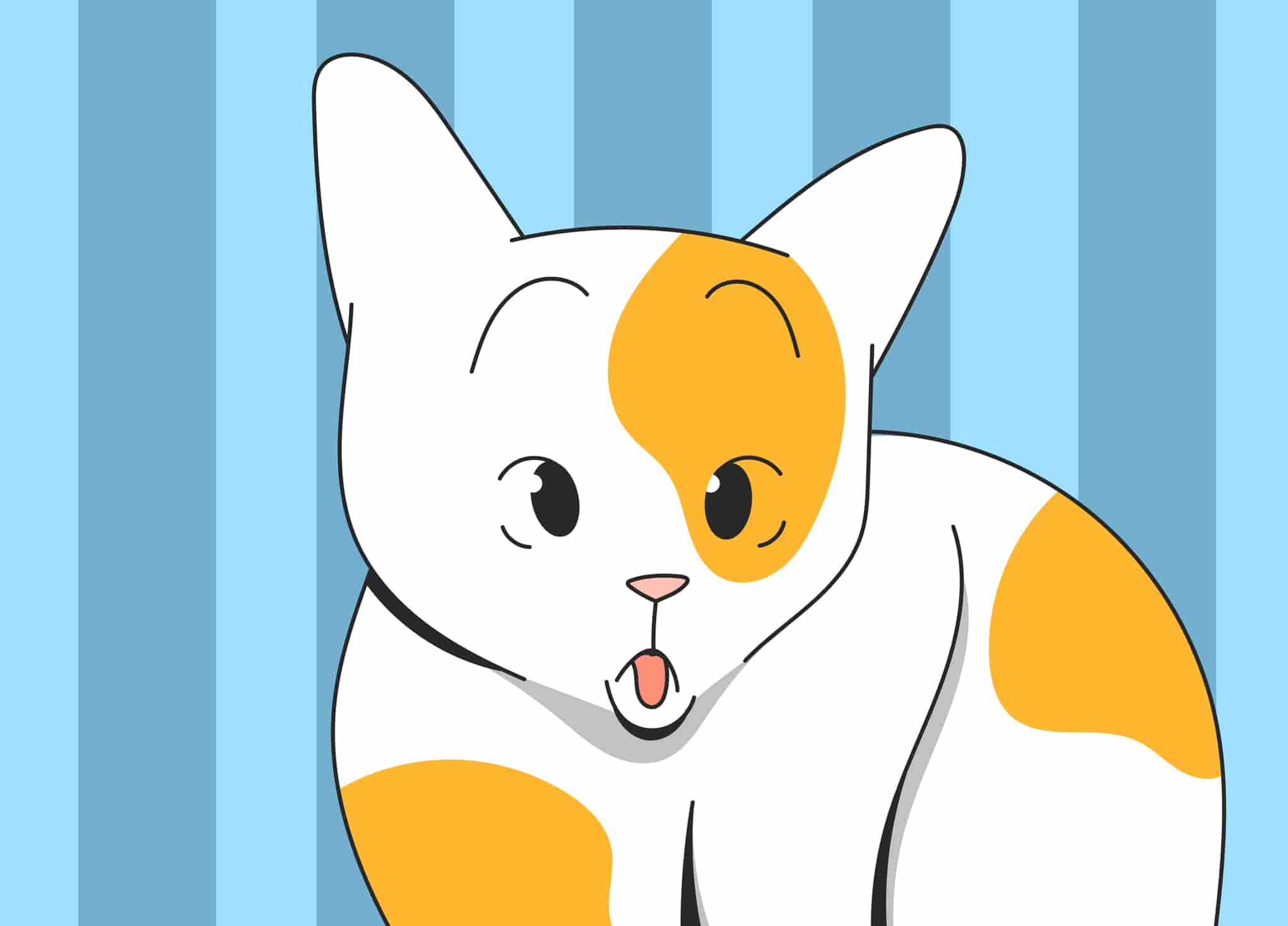 Cats With Down Syndrome: Is It Possible?

While there are certain health conditions that are unique to each species, there are those that both humans and felines alike may suffer from. But when we talk of neurological issues or genetic disorders such as Down syndrome in humans, do you wonder whether cats can have or develop these issues as well?

This article discusses whether Down syndrome in a cat is possible and what to do if a cat shows such symptoms.


How to tell if my cat has Down syndrome?

Maybe you’ve noticed or heard about cats behaving somewhat differently or encountered labels such as a ‘cat with Down syndrome’ on the internet. However, even if the symptoms of these cats may resemble the symptoms of Down syndrome in humans, cats don’t and can’t develop the disorder because it is a condition that is unique to humans.

What is Down Syndrome?

To illustrate, let us first define what Down syndrome is. Down syndrome, a human genetic disorder, affects the physical and mental state of a person who has it. This disorder is due to a defect in chromosomes. When normally, there are 23 chromosome pairs in each of a human cell’s nucleus, those with Down syndrome have three copies (that are either partial or complete) of chromosome 21.

As a result, the physical attributes that they may have include: being short, a minimal muscle tone, and a flat nose bridge. Meanwhile, learning difficulties are evident. On the other hand, a cat can only have 19 chromosome pairs, making Down syndrome literally an impossibility for cats.

However, some cats do have symptoms that are similar to it due to varied causes.

Rare seizure episodes may be caused by something else, but if your cat frequently has seizures, it may be because he or she has epilepsy. Cats with epilepsy may suddenly collapse and start shaking when they are having a seizure, but partial seizures are actually common when we talk of cats with epilepsy.

This may be a bit harder to recognize because it only affects a part of your cat’s body but the symptoms may include: eyelids twitching, growling or meowing excessively, and strange movements in their neck/head/leg.

For cats with epilepsy, treatment often involves long-term anti-epileptic medications to help manage the condition as well as treating the underlying cause if it can be identified.

Cats with vestibular syndrome may show signs of imbalance such as leaning or falling when they try to stand up. They may also tilt their head to the side, go around in circles, and have rapid eye movements. Among the possible causes of vestibular disease are: bacterial diseases, ear infections, tumors, or exposure to toxic elements or drugs, but the cause may not be simple to determine.

Finding out the underlying cause would help treat the symptoms. Medications to help relieve vomiting or nausea in your cat may be prescribed by your veterinarian if needed. Fortunately, symptoms of vestibular syndrome may cease to exist only in a short period of time and may never come back again.

Among the signs that your cat may have feline hyperesthesia are: a cat that jumps when you touch their tail, sudden sprinting and fur rippling, constant scratching or biting their back or tail, having dilated pupils, meowing excessively, and urinating often.

While it might not be clear as to what is causing feline hyperesthesia syndrome, it may be seizure-related.

Diagnosing the condition involves ruling out other possible conditions that may be causing similar symptoms such as infections, ticks or fleas, or arthritis. Treatment may include medication to help control seizures as well as reduce stress.

A cat’s spine is cushioned by rubbery discs, and it becomes herniated when a bulge forms in the disc’s soft inner core that goes through the tougher layer outside. Symptoms of when the herniated disk touches a nerve include: muscle spasms, difficulty in walking or jumping, problems with balance and coordination, pain in the back, and irritability when they’re touched.

Treatment usually involves medication to help reduce the inflammation and ease the muscles. In other cases, surgery may be needed.

Like humans, cats can also suffer from dementia, also known as feline cognitive dysfunction (FCD) as they age. According to the ASPCA, It is quite common in cats, with 55% of those aged 11-16 and 80% of cats aged 16-20 suffering from it.

Symptoms of dementia include looking confused/restless/agitated, forgetting to use the litterbox, staring at nothing in particular, failing to recognize companions, excessive meowing, less grooming, and less interaction, among others.

If you feel that your cat has dementia, it is important to have him/her checked with a veterinarian. And if your cat is diagnosed with FCD, certain changes will be helpful to help your cat manage the symptoms.

According to research, hydrocephalus is a neurological disorder that is either genetic or acquired and happens when there is a fluid build-up in the brain. Among the symptoms are: coordination problems, an enlarged head, seizures, excessive meowing, breathing difficulties, and failing to use the litterbox.

This disorder may be something that is inborn, or it may also be caused by an infection, disease, or tumor. Depending on your vet’s diagnosis, treatment may include the prescription of medication to reduce the production of fluid or a surgical procedure that uses a shunt in order to drain the extra fluid.

Symptoms & How To Diagnose

While Down syndrome is not possible in cats, some cats may indeed exhibit symptoms that are similar to it. These “Down-syndrome cat” symptoms include:

If your cat exhibits any of the symptoms above, it is essential to consult with your veterinarian to determine the cause. While cats cannot have Down syndrome because they don’t have chromosome 21, it may be because they have a neurological disorder or disease that may be causing the above symptoms.

Taking care of a kitten/cat with Down syndrome-like symptoms

If your kitten or cat exhibits Down syndrome-like symptoms or behaviors that are different from typical cat behavior, then he/she can be classified as a “special needs cat”. Special needs cats need special care since they are more vulnerable to dangers or accidents. For example, they may need extra assistance in daily functions such as eating, drinking, grooming, and the like.

You may also need to provide protection from dangers and hazards such as stairs, pools, and predators, among others. These are especially important if your cat exhibits signs such as loss of vision or hearing.

In taking care of your cat with Down syndrome-like symptoms, it is important to work hand in hand with your veterinarian. You must also be aware of the healthcare options to determine the best treatment for your particular cat.

Another way to look out for your pet is to use devices such as the Petcube interactve cat camera that provide HD live streaming video, smooth two-way audio, and crystal clear night vision. With the Petcube Cam, you’ll be able to keep tabs on your pet and know right away if they need assistance.

In taking care of your cat with special needs, being able to talk about their condition with someone that you can trust and who is knowledgeable about the condition would really help. Luckily, there are services such as Petcube’s Online Vet that offer all that and more.

With Online Vet, you are able to consult with licensed veterinarians anytime and anywhere, giving you support while you manage your cat’s symptoms. Online Vet gives you peace of mind since you are given the opportunity to discuss everything that you want to know when it comes to taking care of your cat with special needs or any other emergency cases, and thus be equipped to provide the care that they need.

Is Down syndrome in a kitten possible?

Technically, kittens or cats cannot have Down syndrome as they only have 19 chromosome pairings (Down syndrome happens in humans when there is a trisomy of the chromosome 21 pairing). However, felines may develop physical as well as neurological disorders that exhibit similar symptoms as down syndrome.

What does a cat with Down syndrome look like?

Again, cats cannot have Down syndrome, but there are neurological disorders that exhibit physical symptoms such as: eyes wide apart, small or unusually shaped ears, flat or upturned nose, and low muscle tone, among others. 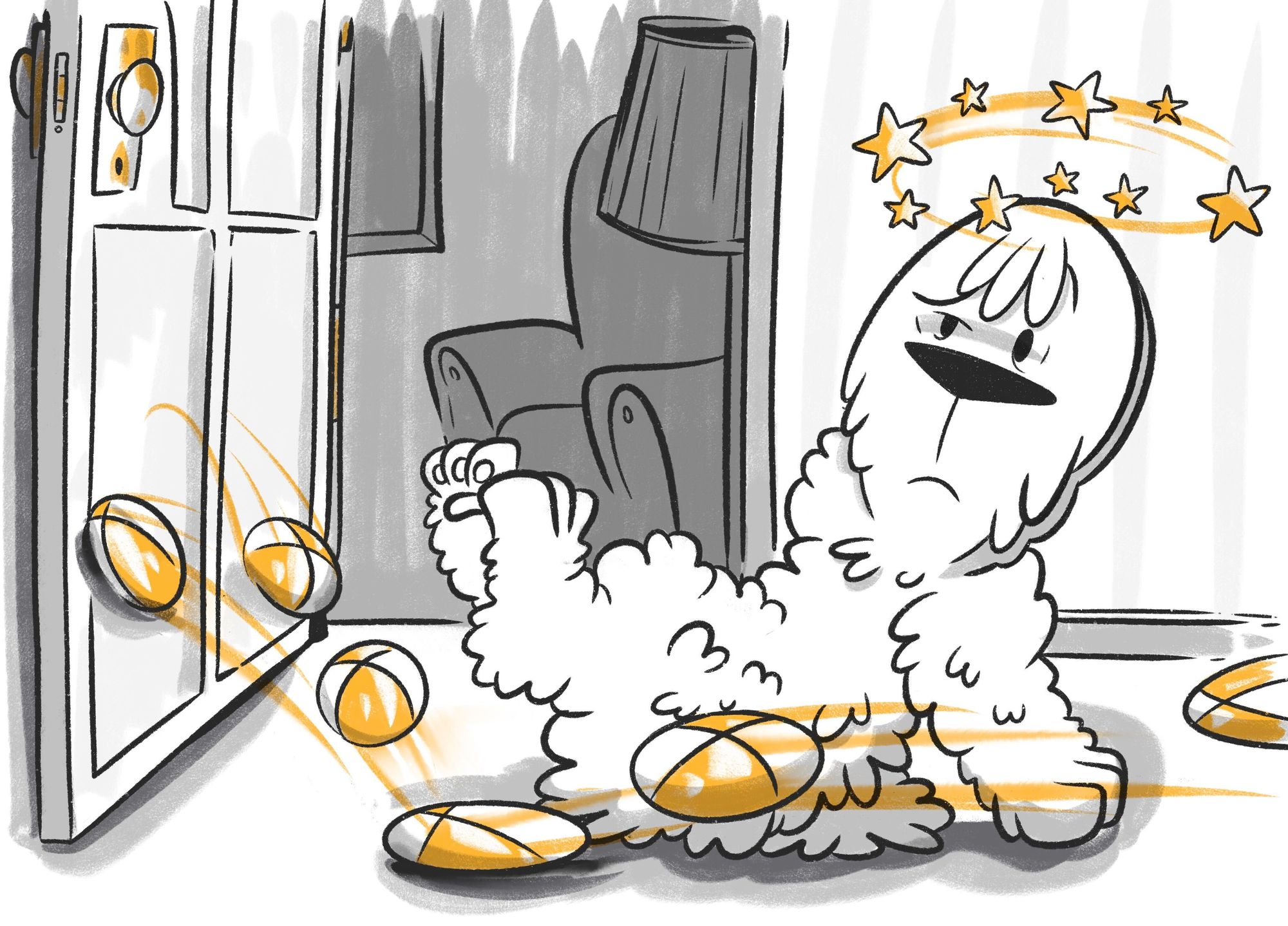 Can A Cat Have ADHD? 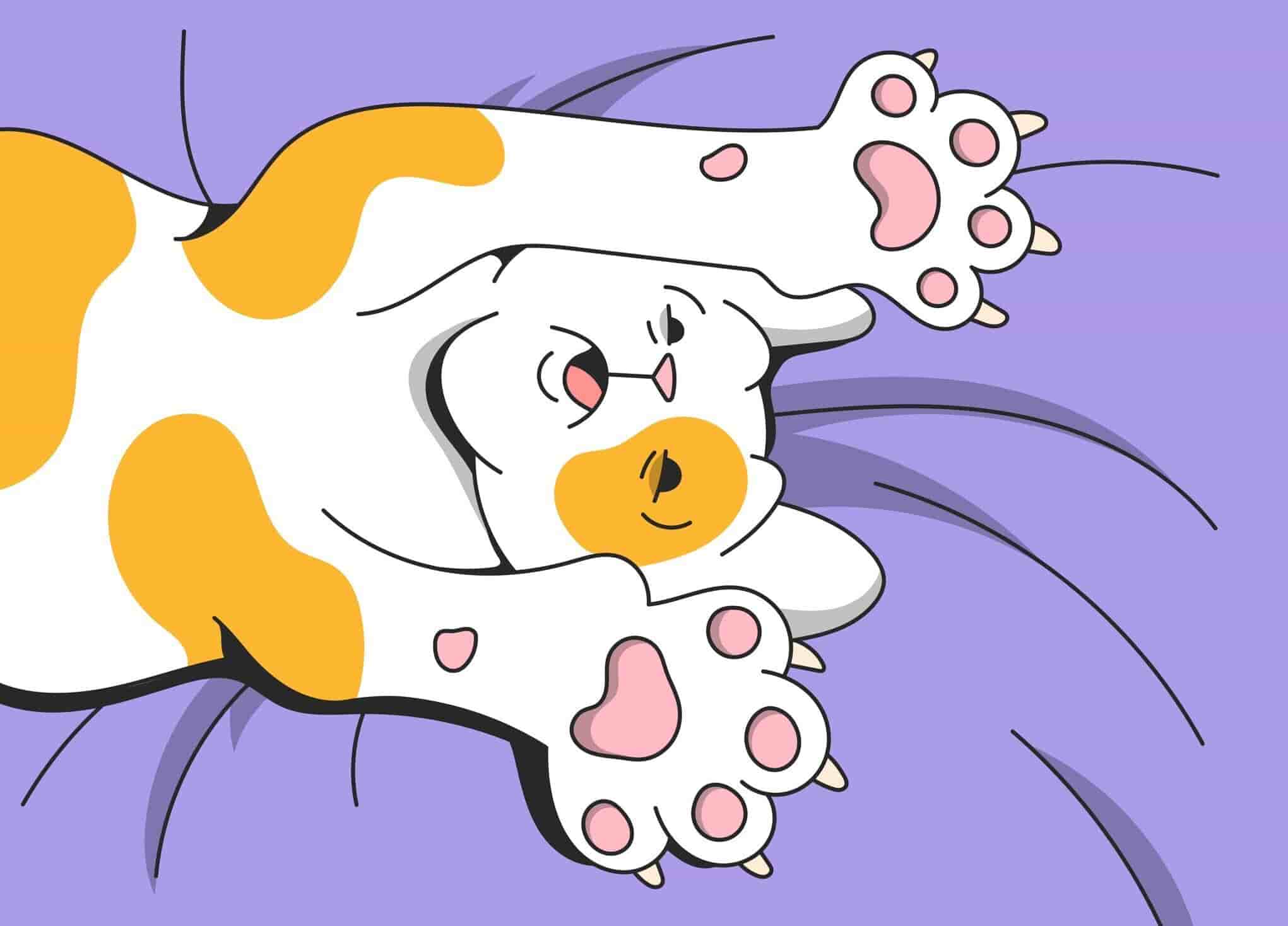 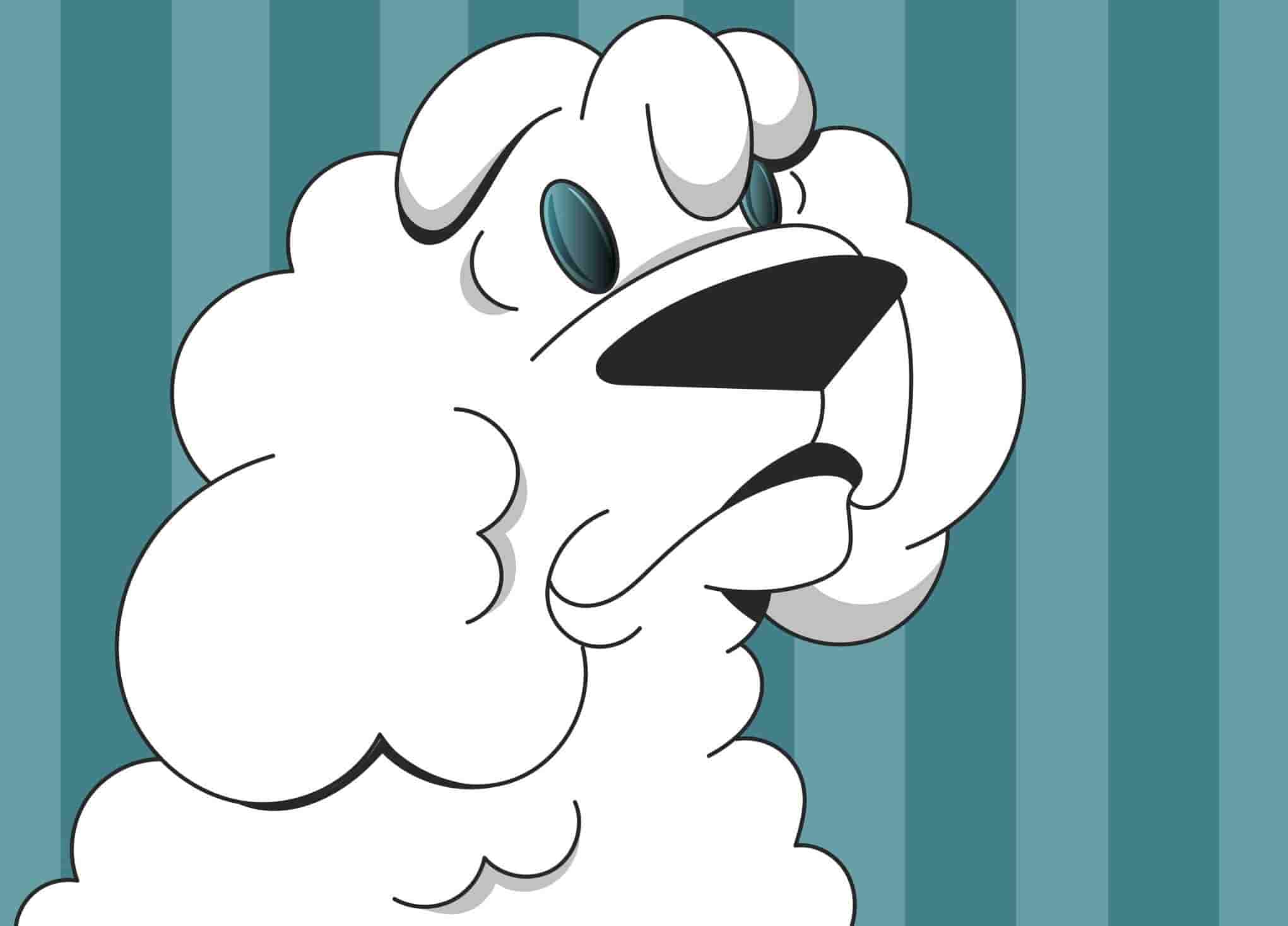