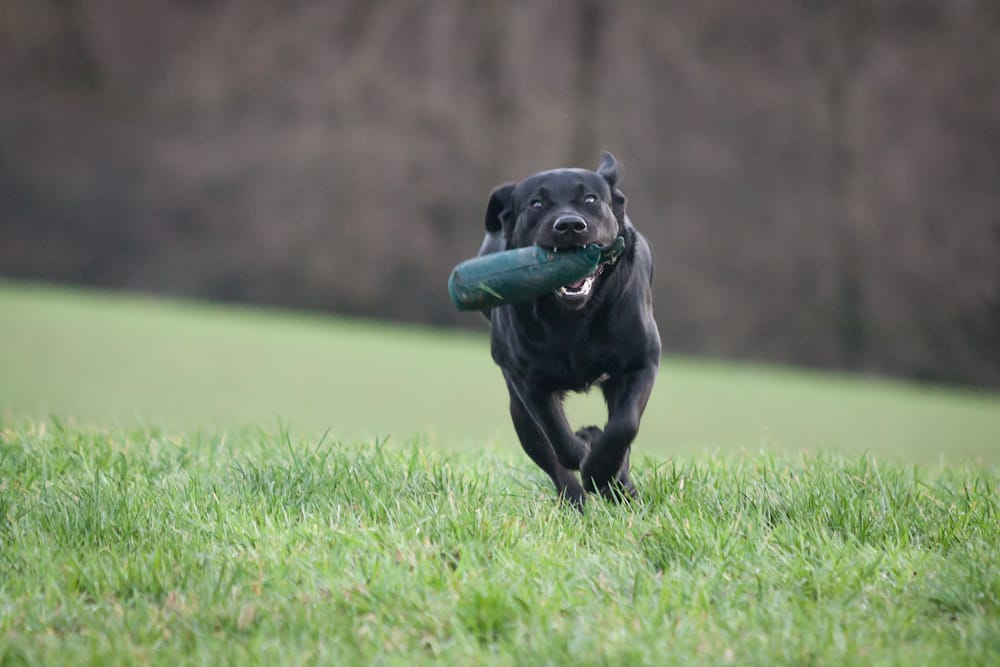 Why You Should Adopt: Black Dogs

A semi-regular forum where we discuss the merits of lesser-appreciated dog and cat varieties. This week’s theme: Black Dogs.

Dogs have been constant companions to humans for thousands of years, and their role in death is a storied and complicated one. Greeks believed that Cerberus, a three-headed dog, guarded the entrance to Hades. They also thought that their dogs would hysterically bark if they sensed Hecate's arrival (the goddess of witchcraft, magic, and necromancy, FYI). The Aztecs believed that Xolotl (where the breed name Xoloitzcuintli, or ‘xolo’ comes from) was the god of their Underworld.

In Zoroastrianism, those suspected of being dead were exposed to dogs to determine whether the person had passed on or was just unconscious. Ancient Persian folklore stated that howling dogs signaled death, earthquakes, and pestilence. 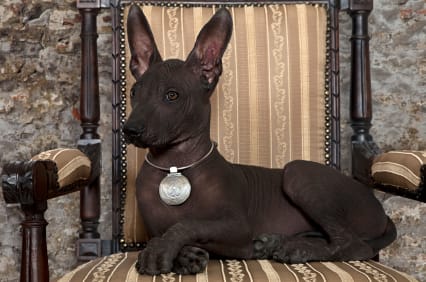 Most curiously, in Ancient Egypt, Anubis—the jackal-headed god—determined whether or not the souls of the dead were worthy to pass into The Underworld. Anubis’ skin is almost always found painted black in order to mimic the decay of the bodies left behind in the mortal world. 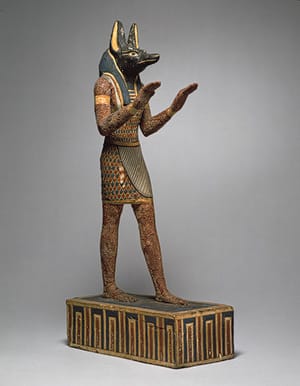 In England, there are varying reports of spooky Big Black Dogs (BBDs) bounding through the moors and castles. Most UK counties have dog specter sightings, which likely gave Sir Arthur Doyle his inspiration for the black-furred, red-eyed dog in The Hound of the Baskervilles.

Twelve years ago, my family was lucky enough to have a gorgeous dog, Jasmine, come into our lives. Jet black, obstinate, loving, and abandoned, we quickly accepted her into our home until her passing this March. To me, a good dog is always just that: a good dog, regardless of appearance.

In recent years, however, I’ve discovered that some people fear and recoil from black dogs solely because of superstition or aesthetic preferences. In fact, black dogs and cats are often the first animals to be euthanized at shelters and generally the last to be adopted.

Working against these poor canines is their inability to be accurately photographed. Because of the darkness of their features, the photograph doesn’t display their actual looks and features, whether it’s a pair of the sweetest eyes or the most gorgeous coat. If these dogs happen to be shy or a bit anti-social, they can easily blend into their kennel corners when possible adoptive parents show up too.

As Doyle wrote in The Hound of the Baskervilles, “The world is full of obvious things which nobody by any chance ever observes.”

BBDs are highly affected by personal phobias and bias. Many people see their size and darkness of their fur and automatically find them frightening. Society has conditioned us to feel a specific kind of fear towards them. If we think about all of the movies with ‘evil’ dogs, how many—-aside from the infamous ‘Cujo’--are black?

We really should do our best to spread the word: black dogs have a bad reputation for all the wrong reasons. They’ve been man’s best friend for millennia, so you’d think that we could be a bit more forward-thinking when it comes to making them part of a family.

There’s another superstition that, if a strange black dog follows you home, you’ll have good luck. Why not bring luck home in the form of a new best friend?

Read more:
Why You Should Adopt Senior Dogs

9 Benefits of Living With a Cat 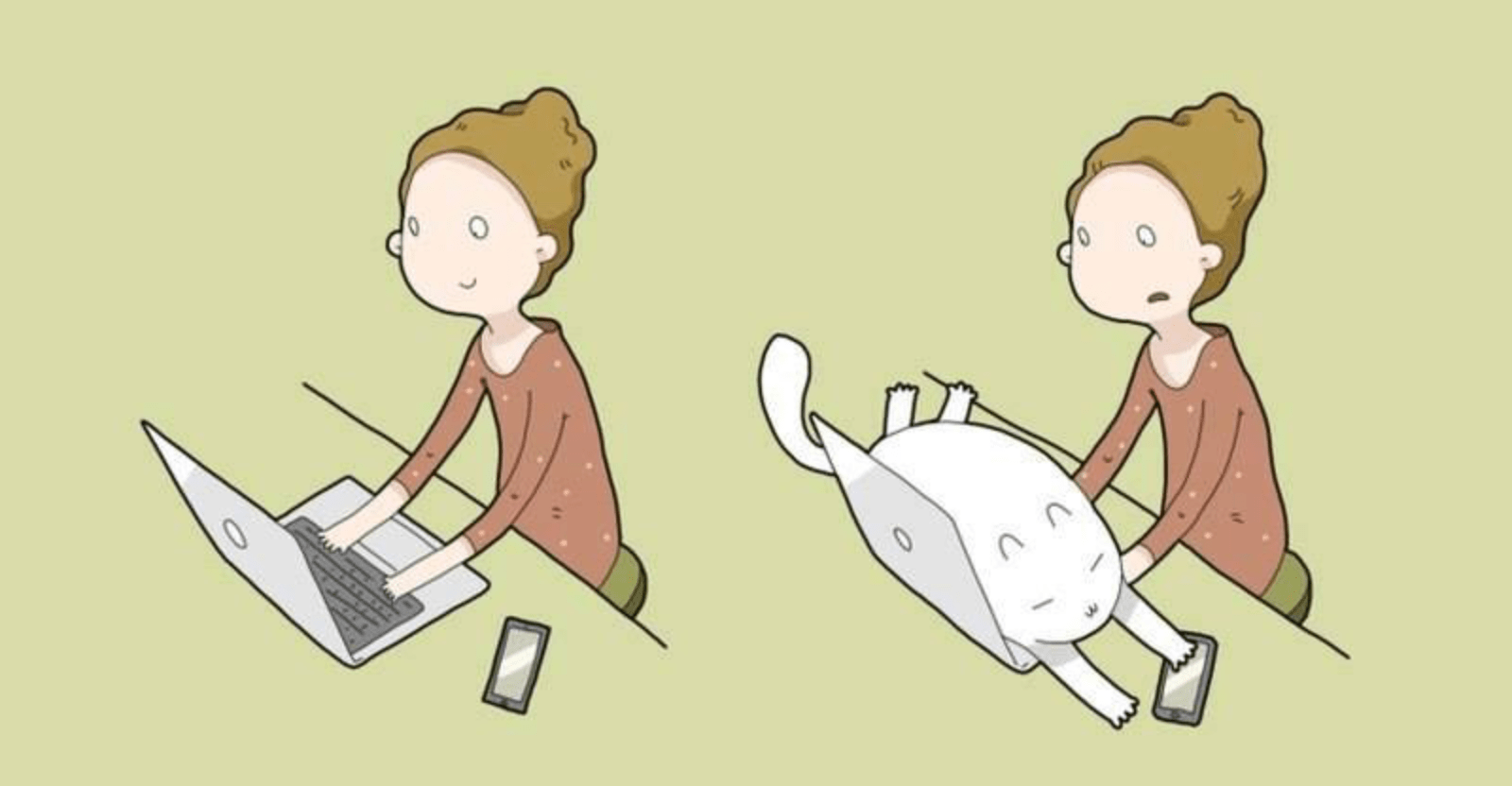 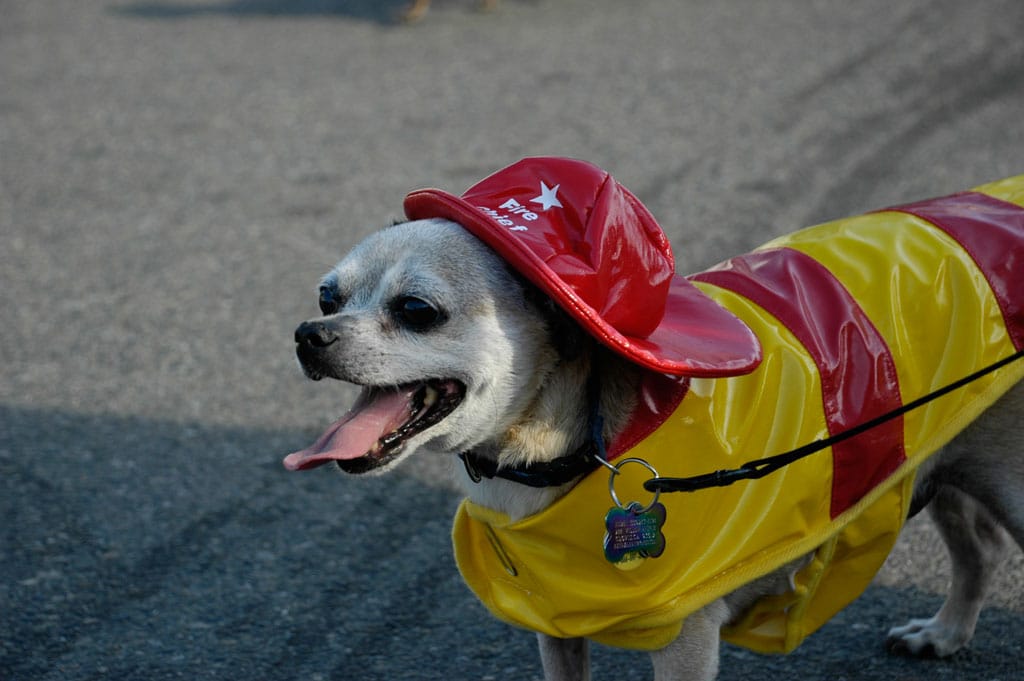