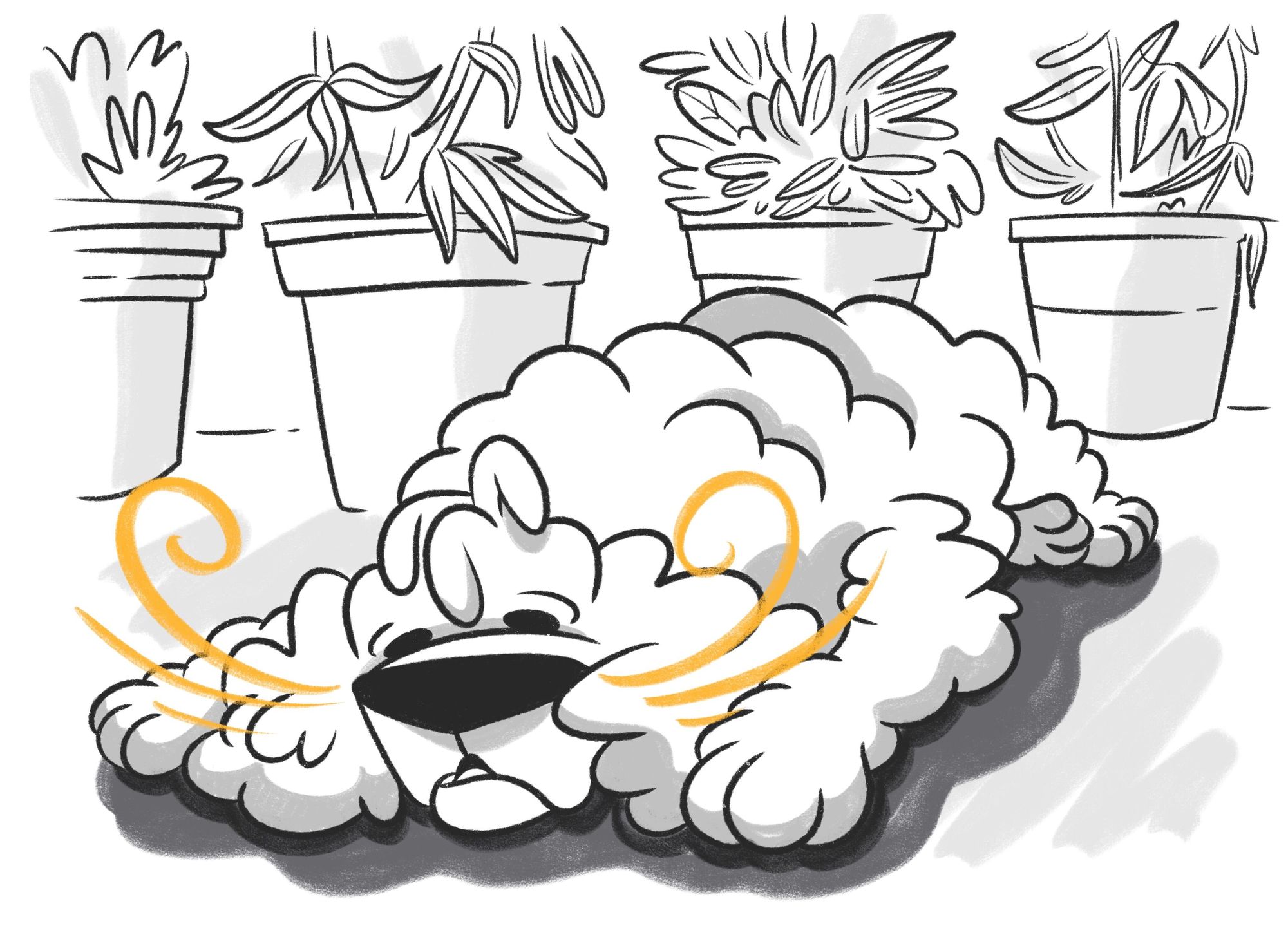 Congestion in Dogs: When Should You Worry?

It’s never nice when you can hear your poor pup suffering, and when it comes to congestion in dogs, you can REALLY hear them suffering. Dogs that don’t usually snore will snore louder than you’ve ever heard in your life; and they won’t want to run around and play as much. That’s before you get to the awful crackling, wheezing sound that often accompanies a congested respiratory system in canines.

But just how bad is dog congestion? And what should you do about it?


Why does my dog sound congested?

Can Dogs Get Congested?

Yes, dogs can get congested.

There are a fair few medical conditions that cause canine congestion. It is more often than not a symptom of something else rather than a problem all its own, just as it is with humans. The spectrum of medical conditions associated with this symptom is very broad, however. It is virtually impossible to diagnose at home.

What is Congestion in Dogs?

According to research, dog congestion is a term used when a dog’s nasal part of the respiratory system is overloaded with naturally produced mucus. It is also known as sinusitis or rhinitis, which is also commonly suffered by humans, too.

The membranes in the nose that produce the mucus will swell, along with producing more. This leads to wheezing, sticky-sounding breathing, coughing, and airflow restriction.

The naturally produced mucus is supposed to get rid of any disease-causing pathogens, dust, etc., that enter the nose, but when too much of it is produced and the passages swell, the poorly pup gets what is essentially a stuffy and blocked nose. (And we all know how unpleasant that feels!)

What Does Congestion in Dogs Look and Sound Like?

You will likely hear the congestion in your dog’s nose and airways. They may breathe heavily, very fast, and/or inhale sharply. Sometimes this causes a snoring sound, and at others, a whistling sound.

As well as seasonal allergies and the common cold, other conditions can cause your poor pooch to sound congested. In some cases, it will be a symptom of something relatively benign and easy/quick to treat; in others, it can be a sign that something more serious is going on.

Dog congestion can be a symptom of the following conditions:

All changes to your pet’s behavior or habits should be taken seriously. You know them better than anyone else, so if something seems off or out-of-the-ordinary, have a chat with a vet, either online or in person.

If you aren’t sure what other symptoms your pet has been displaying, why not consider investing in a interactive pet camera by Petcube? With two-way streaming, two-way audio, full HD, and a one-year warranty, you’ll be able to spot a problem as soon as it arises – and then treat it!

If you have a newborn puppy that sounds congested, it is vital that you get them checked over by a vet. The conditions associated with this symptom include fungal infections, such as roundworm. If left untreated, roundworm goes on to cause potentially deadly pneumonia.

Other symptoms of ringworm in puppies (and dogs) are:

In case you weren’t aware: ringworm can affect humans, too.

Parvovirus can also be also deadly when untreated, another condition associated with congestion in puppies and dogs. Kennel cough is another highly contagious disease that could affect puppies newly separated from their mother and siblings.

How to Help a Congested Dog

A trip to the vet is in order if your dog sounds congested when breathing. Early diagnosis means fast treatment, which in turn means a quicker recovery time and a higher chance of recovery success.

Some medical complaints will not go away without treatment. This includes pneumonia, which is usually treated with antibiotics. Your pooch can only get those antibiotics if they have been prescribed them. More pressing cases could even require a night or two in the doggo hospital, for IV antibiotics and fluids.

You can’t pick the right treatment or dog congestion home remedies if you don’t know what’s causing it.

No two cases of dog congestion will be the same, and you won’t know what’s causing your dog’s case without diagnostic testing, such as blood tests. By not going to the vet with your poor pooch, you are running the risk of letting a potentially deadly disease, such as Parvovirus, run rampant.

There are things you can do around the home to reduce your dog’s congested breathing, regardless of the cause. Vacuuming regularly, using a filter vacuum, will keep dust, mites, and other allergens to a minimum.

Have you recently changed the cleaning products you use? Or laundry detergent? How about home fragrances, perfumes and colognes, or even hairsprays? All these things can agitate sensitive doggos, causing congestion, particularly with pampered, mostly indoor breeds. (I’m looking at you, George, the pampered British bulldog, for scratching and sniffling every time I use “cheap” cleaning products on the wooden floor.)

Opening the windows and letting some fresh air into the house, as well as making sure your pooch gets as much exercise and outdoor time as it needs is important. Overweight dogs will experience a host of problems, including congestion and respiratory conditions.

If your dog has outdoor-related allergies, however, this might not be the best idea.

Worried about the cost of vet care for your precious pooch? Why not let Petcube take away some of that stress? The Emergency Fund takes care of worst-case scenarios with your furry family friends, giving you up to $3,000 worth of vet care per year, per pet, for up to six pets.

It’ll set you back $29 per month – that’s less than $1 per day for complete pet peace of mind! And you’ll also get 24/7 access to qualified, professional vets online, so you can check and make sure it’s a real emergency BEFORE you go rushing to the vet.

What can I give my dog for congestion?

It is not recommended to give your dog any kind of over-the-counter medication that you – yourself – would take. Human medications aren’t designed for dogs. There are human allergy medications that are considered safe for dogs, but they aren’t always friendly when paired with other medications, other conditions, or certain dog breeds/types.

When should I take a dog with chest congestion symptoms to the vet?

Ideally, you will want to take your dog to the vet as soon as you notice ‘new’ symptoms. You shouldn’t leave it any longer than 48 hours before seeking advice. Most benign causes behind congestion in dogs will clear up before that, so a longer bout of it would indicate an underlying problem.

Are there high-risk congested dog breeds? 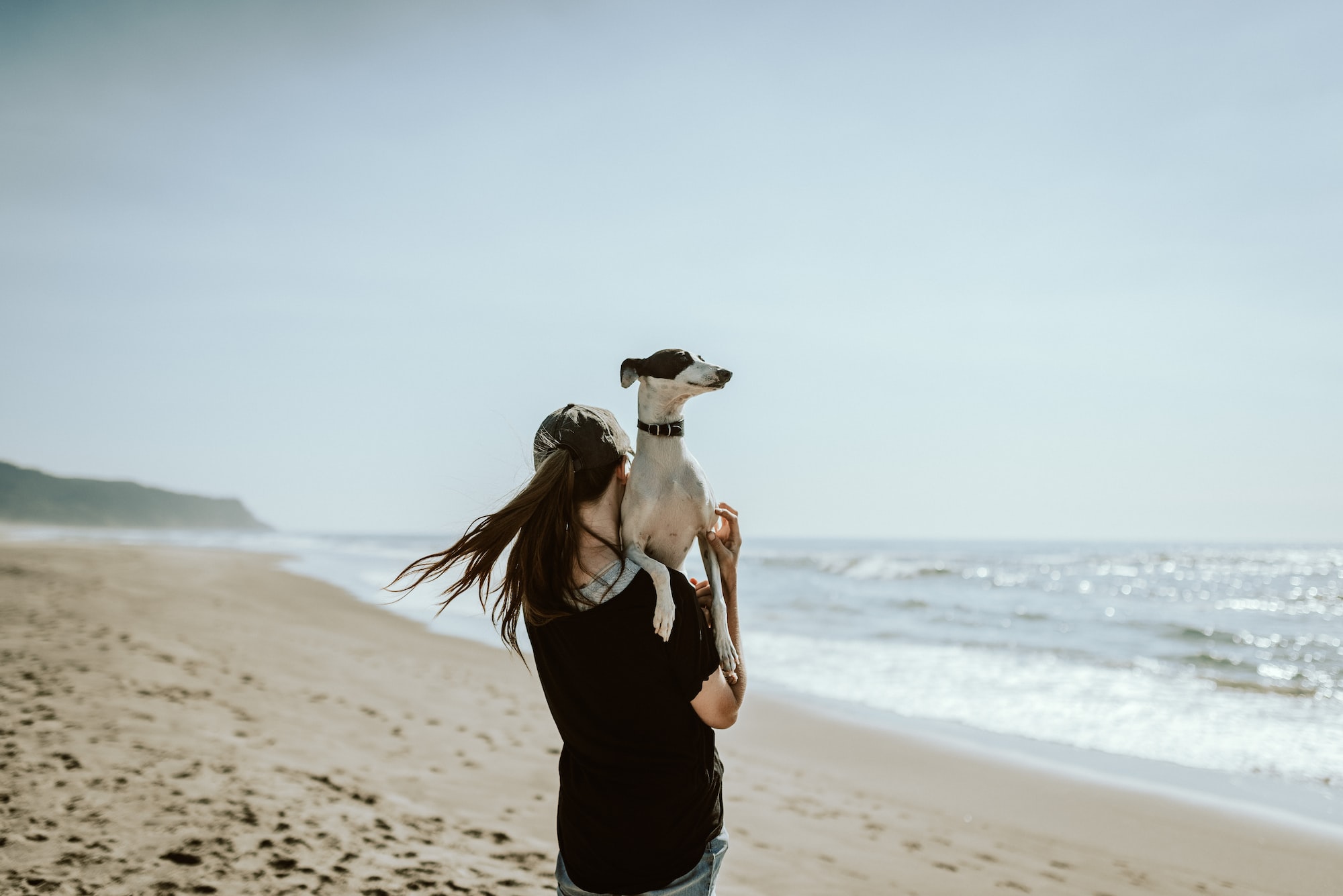 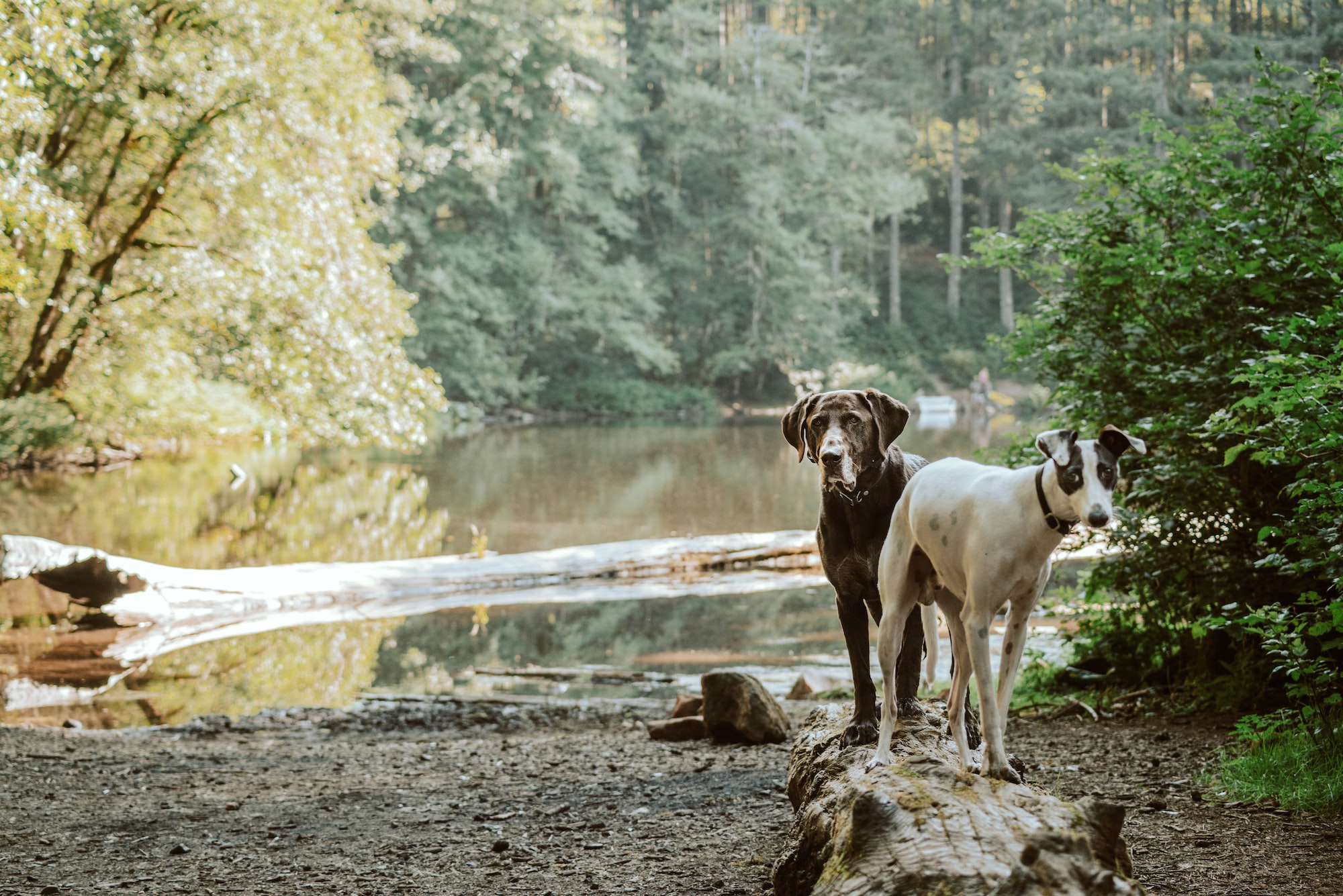 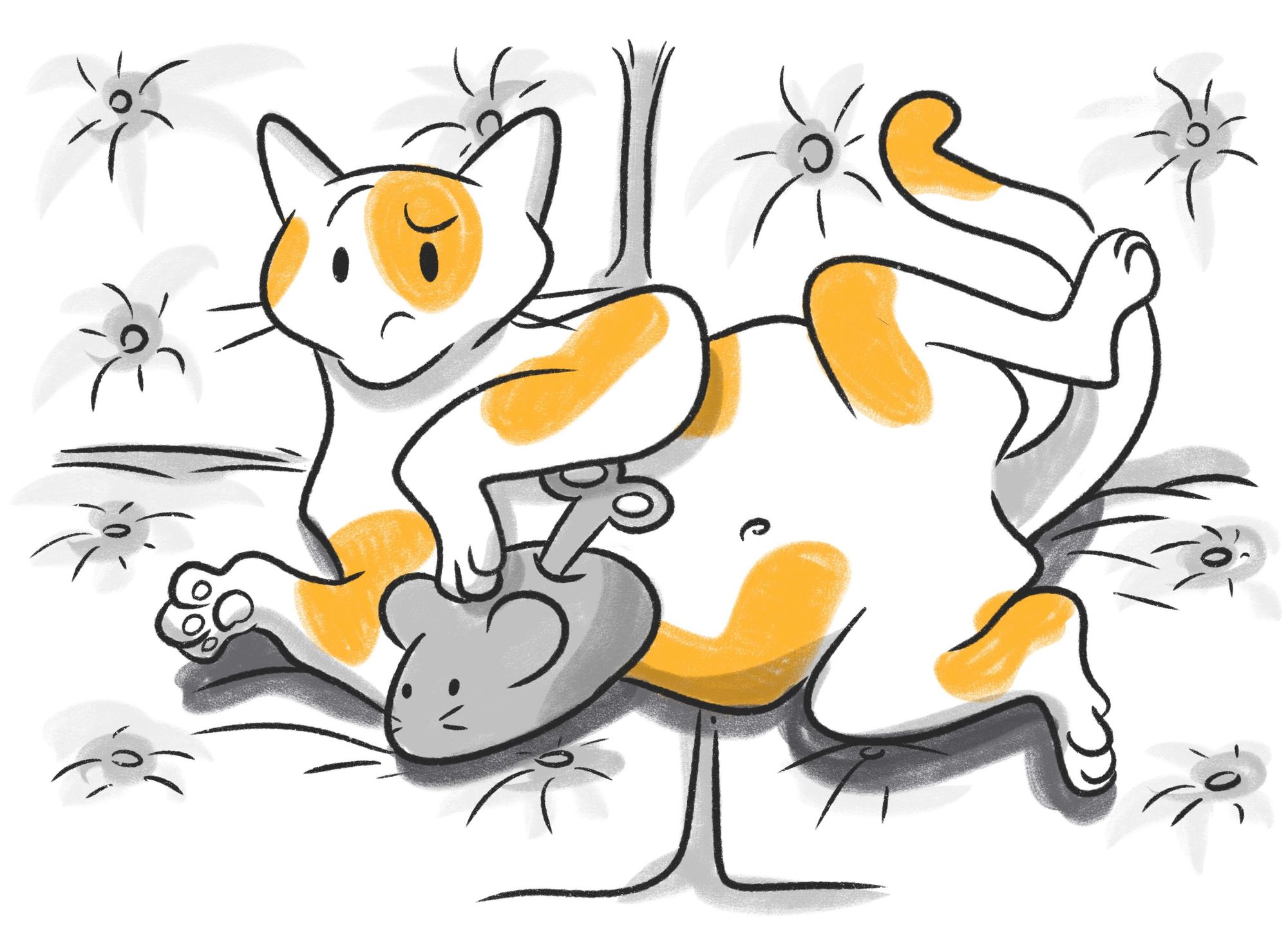 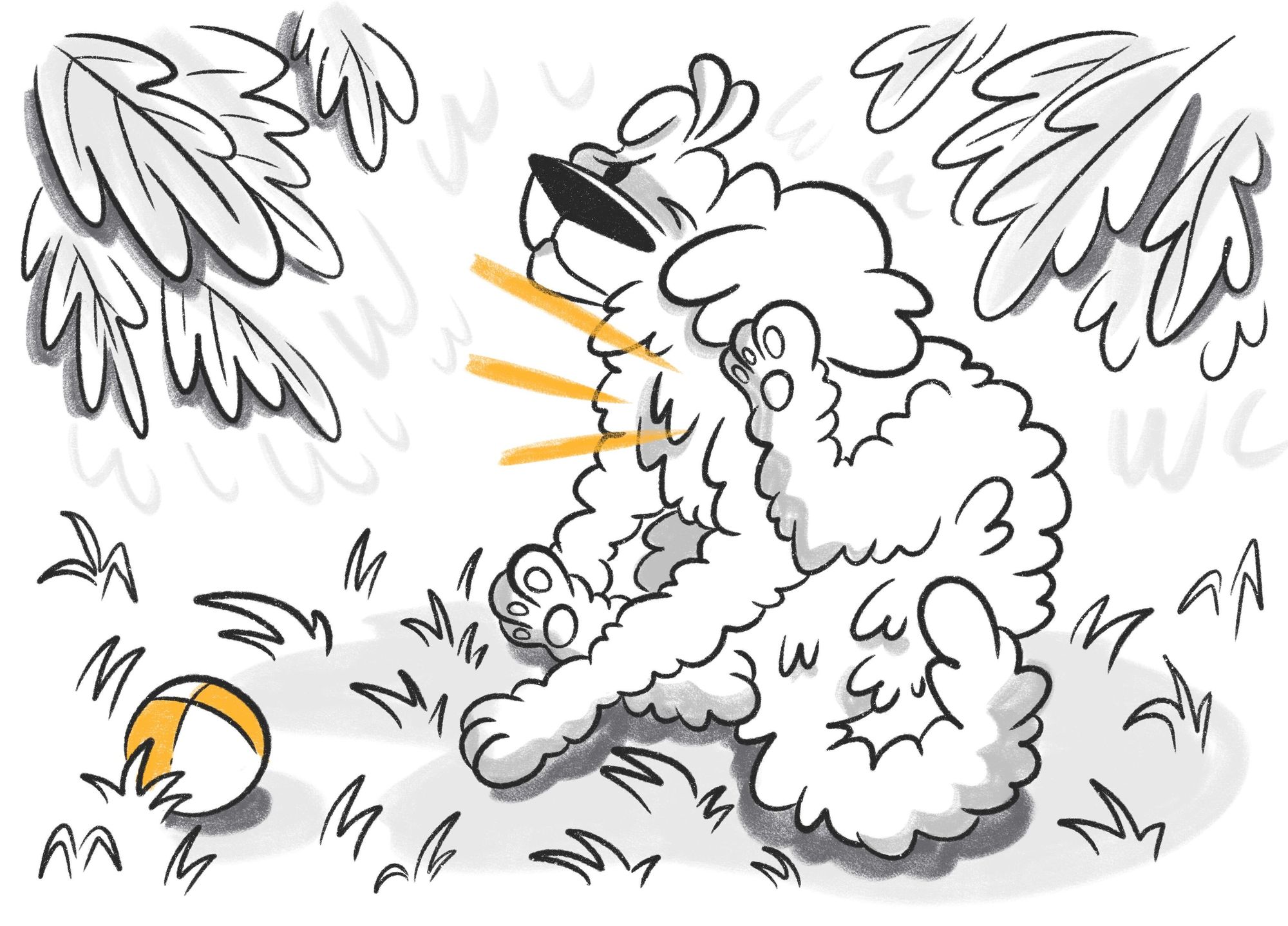 Why Is My Dog Not Drinking Water? 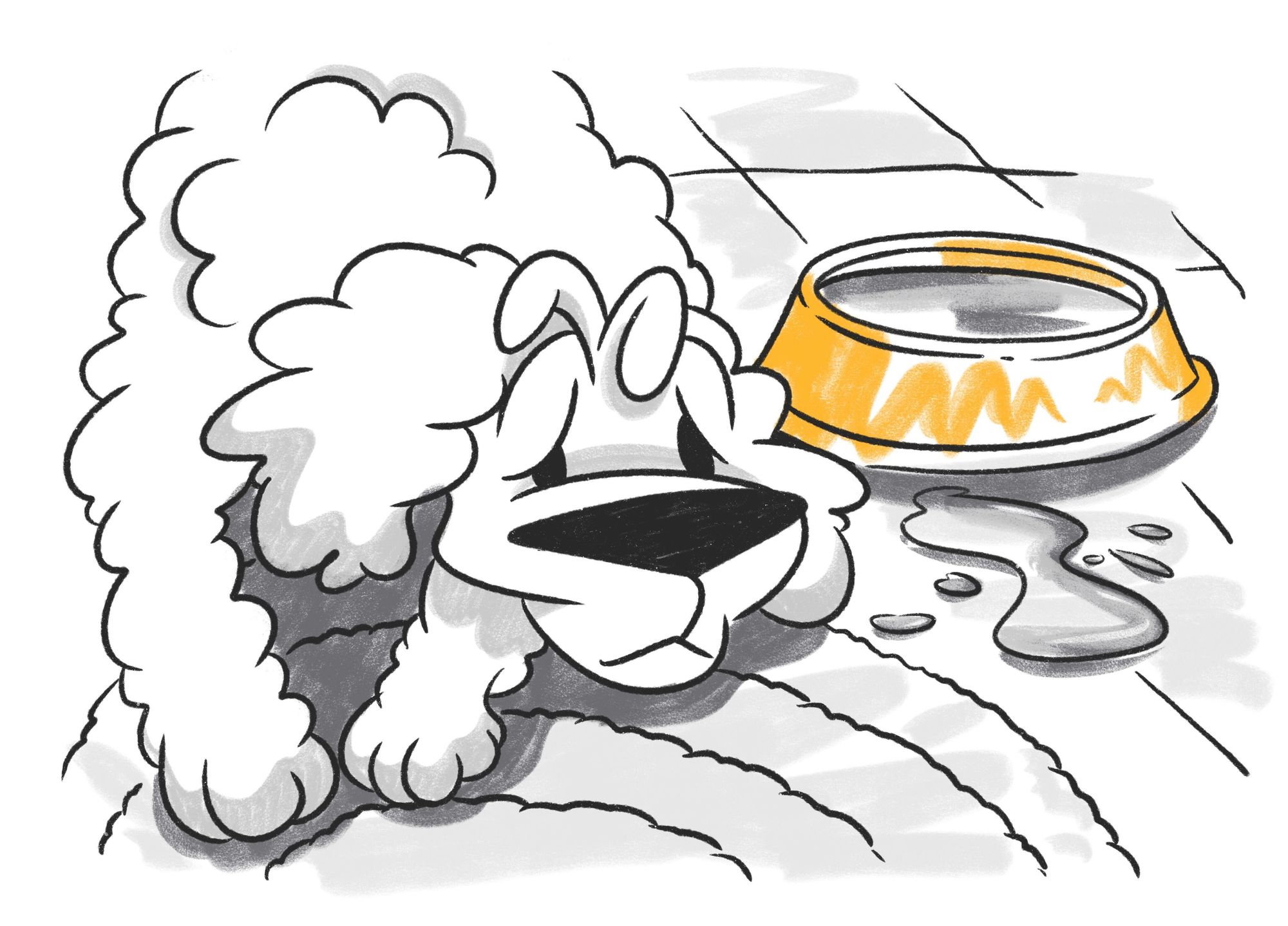