Much has changed since we showcased our prototype of the world’s first robot for pets four years ago at the Hackers & Founders expo in Ukraine. That prototype evolved into the best-selling Petcube Camera, and made history as one of the most successful pet projects to debut on Kickstarter.

But our quest to reimagine the world’s best pet camera continues. After two years of tireless planning, working, and testing, we finally perfected the pet camera. Enter Petcube Play, the next-generation Petcube Camera that takes everything to the next level. We listened to your feedback and completely redesigned the camera from the ground up. 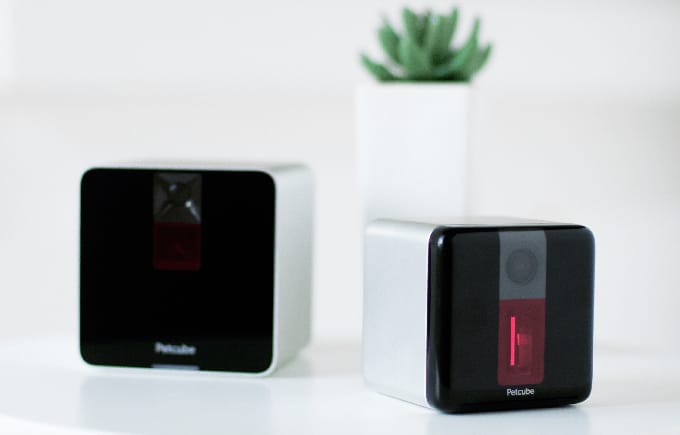 Petcube Play now features a 1080p HD video—a huge leap from the 720p video of its predecessor, making sure you get the best photos and videos of your pet. We’ve made Petcube Play even better with 4x digital zoom, so you can capture those precious moments up close.

Monitor Your Pets Even At Night

Ever wish you could see what your pet is up to at night? We got that covered as well. Petcube Play features night vision, ensuring that your pet and home are secure while you’re asleep. Get notified at once via motion and sound alerts on the Petcube app for iOS and Android. 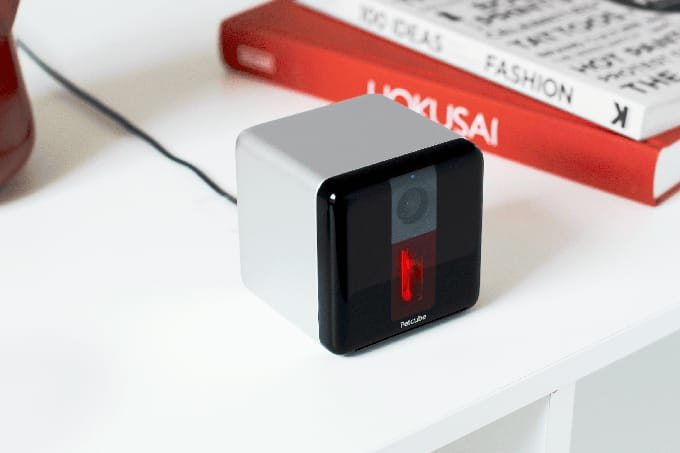 And with Petcube Care, our new cloud video recording service, you can capture everything on Petcube Play 24/7. Watch, rewind, review 10 or 30 days of video history on the Petcube app. Isn’t that amazing?

That’s not all. Petcube Play also features a smaller, sleeker design — it’s roughly 58% smaller than the Petcube Camera. We’ve also redesigned the aesthetics and given Petcube Play sleek rounded corners. The result is a gorgeous dog camera and cat camera that completely meshes with home decor. This design refresh isn't just for looks either - it allowed us to expose Wi-Fi antennae all around the camera face that makes the internet connection stronger than ever. 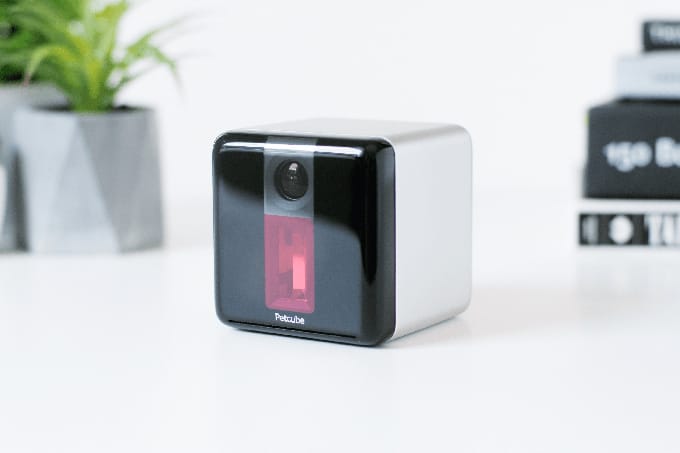 Of course, Petcube Play would be incomplete without the popular laser toy. Petcube Play features an optimized laser that is certified and safe for humans and pets. Similar to Petcube Bites, Petcube Play is available in 3 colors—Matte Silver, Rose Gold, and Carbon Black.

We’re also introducing a Snow White color exclusively to Kickstarter backers. Petcube Play will be available commercially in early winter. The MSRP is $199. Do you have a pet? If yes, do you think Petcube Play is a good pet monitor? Shout out your feedback in the comments. 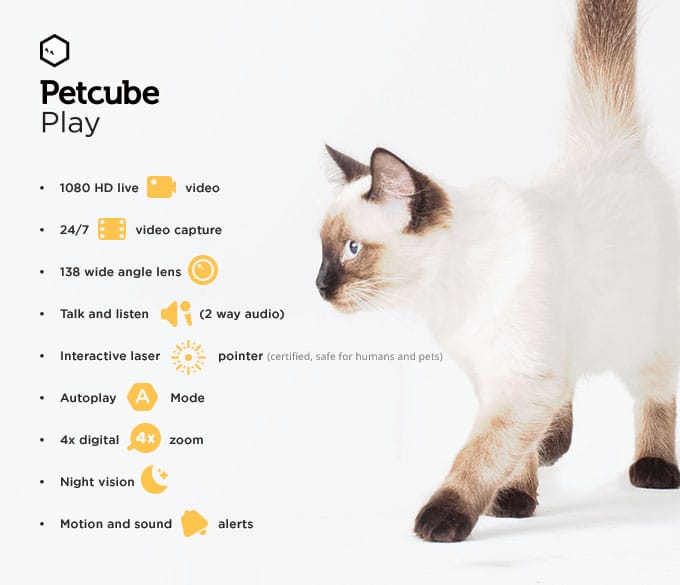